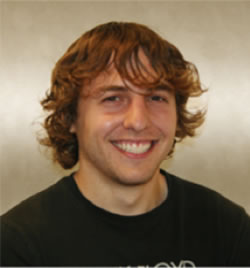 John Mergo is a PhD student at Cornell University, where he investigates colloidal micron spheres used to model atomic systems. Although his research in soft matter is his priority, he finds time to participate in outreach and advocacy to impact science policy. A native of southern Ohio, he grew up with a passion for science. But he recognizes that not everyone understands the relationship between innovations such as the iPad and GPS and basic scientific research. His goal is to help people comprehend the connection. In addition to participating in Congressional Visit Days, he recently wrote an op-ed that appeared in the Chillicothe Gazette (Ohio) detailing the choices young scientists face when considering whether to stay in the United States as they advance their careers. “I’ve been happily surprised by the positive feedback that my op-ed has generated in the community,” says Mergo.


Writing Your Own Op-Ed
For more information about getting involved in outreach and advocacy, contact: