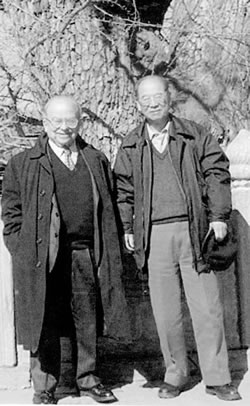 As the US struggles to deal with a severe economic recession and other challenges, China and its scientific and technological progress have often been at the center of American national attention. In his state of the union address on January 25, 2011, President Barack Obama, for example, pointed to the rise of China and India as indication that “the world has changed,” especially in the global competition for jobs.  As evidence, he cited China’s achievement in producing “the world’s largest private solar research facility” and “the world’s fastest computer.” Declaring that “this is our generation’s Sputnik moment,” he called for the US to increase its investment in science, technology, and education, vowing to “out-innovate, out-educate, and out-build the rest of the world.

As a historian of science and technology who has studied the history of US-China scientific relations as well as the US responses to the Sputnik crisis, I see both advantages and disadvantages in deploying the Sputnik-China analogy. It is true that the US faces a serious challenge to its leadership in the world today as it did at the time of Sputnik, and President Obama has wisely followed President Dwight Eisenhower in characterizing it as one in science, technology, and education, not as a direct military threat. The analogy is also appealing because few events in American history have had the galvanizing effect of the Sputnik shock, which resulted in dramatic increases in federal support in the above fields, as well as reinforcement of a bipartisan consensus on broad national policy.

Yet, the present US-China relations, marked by close ties across many areas, are vastly different from the tense US-Soviet Cold War rivalry. Consequently, I want to share some historical perspectives on US-China scientific relations that I believe have shaped our current relationship and will influence future opportunities for cooperating on meeting our mutual challenges.

About sixty years ago, on September 20, 1951, Xie Jialin (Chia Lin Hsieh), a Chinese physicist who had just received his PhD from Stanford, boarded the ship President Cleveland at San Francisco for China. Even though the US had tightened restrictions on Chinese students returning home after the establishment of the People’s Republic of China in 1949 and the outbreak of the Korea War in the summer of 1950, the door did not close completely, especially for those determined to go home for family reunification. Xie, who had left his wife and child behind when he came to the US in 1947, was excited at the prospect of returning home but his dream was shattered at Honolulu where US authorities prevented him and several other Chinese students/scientists from continuing their journey, citing a new presidential order banning certain aliens from departing the US.

Thus came down the American “iron curtain” which, in an effort to deny technical talent to its Cold War rivals amidst rising McCarthyism, resulted in the de facto detention of many Chinese scientists in the US purely for political reasons. Even though Xie and several dozens of Chinese students/scientists were eventually allowed to return home following US-China negotiations in Geneva in 1954 and 1955, this episode embittered many in China and elsewhere who might have otherwise been disposed positively toward the US. As a group of Asia scholars in US universities pointed out in a letter to the New York Times in 1954, the detention of Chinese scientists was “incompatible with American principles of justice” and created more harm to the US in terms of “the ill-will created, here and abroad” than the technical knowledge they might bring back to China.

The next dramatic moment that brought American-educated Chinese scientists and US Cold War calculations together occurred in 1957, when the country was first alarmed by the Soviet launching of Sputnik, the world’s first satellite, on October 4, and then, just weeks later, delighted by the awarding of the Nobel prize in physics to Chinese American physicists Tsung Dao Lee of Columbia University and Chen Ning Yang of the Institute for Advanced Study at Princeton. Under the headline “These Chinese Choose,” Newsweek celebrated Lee’s and Yang’s allegiance to the US in the shadow of the Sputnik shock. If Xie represented the more than one thousand Chinese students (about 60% of them in science and technology) who returned to China from the US in the 1950s (the “returnees”) and who helped “Americanize” Chinese science, Lee and Yang symbolized the presence and prominence of about four thousand “stayees” in the American scientific community.

The paths of returnees and stayees would cross again when the US and China reopened relations in the early 1970s, and they played an especially active role in promoting US-China scientific exchanges and collaboration. In the 1980s, for example, Xie worked closely with Lee and Wolfgang “Pief” Panofsky of SLAC to design the SLAC-inspired Beijing Electron-Positron Collider, which would draw physicists from the US and elsewhere to conduct research. On his part, Panofsky, beloved in China for his work on BEPC and his devotion to international science, used his scientific connections to push effectively for Chinese participation in international nuclear arms control, including non-proliferation.

Perhaps most importantly, the returnees and stayees have helped to bring a new generation of Chinese students to the US who have themselves become an important part of the American scientific community. The latter in turn have promoted scientific collaboration across the Pacific on wide-ranging topics from global warming to public health.

Today, many of the challenges facing the world, such as climate change and a restructuring of the global economy, require joint actions by both the US and China. Indeed, President Obama has been careful to call the rise of China and India a positive development in the world and a constructive challenge to the US, and his administration has continued the post-Nixon bipartisan tradition of pursuing US-China scientific collaborations. Others, however, take a more negative view of such endeavors. Declaring that China had stolen technology from the US, that it behaved like Stalinist Russia, and that “we have nothing to gain from dealing with them,” a congressman, for example, succeeded in inserting a ban on all scientific and technological interactions with China involving NASA and the White House Office of Science and Technology Policy in the 2011 US federal budget passed in April 2011.

While it’s important to guard US national interests in international relations, there is a danger of defining them so narrowly that we lose sight of values and ideals, such as the free movement of scientists and international scientific collaboration, that have been long cherished by the American and international scientific community. American science and technology thrive on international exchange and collaboration and indeed have benefited enormously from the large-scale scientific migration from China and elsewhere during the last century. Furthermore, as Professor Xu Liangying, dissident Chinese physicist and influential translator of Albert Einstein’s work into Chinese, stated (through his son) when he received the APS Sakharov Prize in 2008, it’s important for the international community, especially the scientists, to keep engaged with China in order to improve human rights there.

Whether we live in another Sputnik moment or not, the Cold War world is gone and internationally-minded scientists like the Xies and Panofskys of today should be encouraged, and not blocked, to collaborate across national boundaries to advance science and work on global problems facing all of us.

Zuoyue Wang, who studied physics and the history of physics (under Xu Liangying) in China, is a professor of history at the California State Polytechnic University, Pomona. Author of In Sputnik’s Shadow: The President’s Science Advisory Committee and Cold War America (2008), he is currently conducting research on “Chinese/American Scientists: Transnational Science during the Cold War and Beyond,” with partial support from the National Science Foundation under Grant No. SES-1026879. Any opinions expressed in this material are those of the author and do not necessarily reflect the views of either NSF or APS.