A Framework for K-12 Science Education 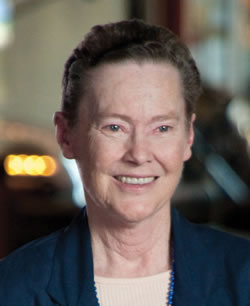 Former APS President Helen Quinn of Stanford chaired the committee of the National Research Council that produced the document “A framework for K-12 Science Education.” She has written this article to explain the document’s purpose and roles to APS members.

Context
In schools across the US state standards define what students are expected to learn, and thus affect not only instruction, but also what is “covered” in textbooks and tests. Over fifteen years ago the National Academies published the “National Science Education Standards” (NSES). Together with the Benchmarks for Science Literacy from AAAS the NSES catalyzed development of state science standards across the country. This process resulted in fifty separate and varied documents. The standards in other subject areas likewise varied state to state. More recently a movement toward common standards, that is, standards shared by multiple states, has taken shape. Today 48 states and the District of Columbia have adopted the “Common Core” standards in math and language arts, and are working toward implementing a system of common assessments. Watching this process, the Carnegie Corporation of New York recognized the need for a similar common effort in science (see their report “The Opportunity Equation”). To fill this need, Carnegie funded the development of a next generation of science standards as a two-step process. The first step was a study conducted by the National Research Council to produce the document “A Framework for K-12 Science Education”, released in July 2011. The framework defines the core content that all students should learn in science in the K-12 years. It also emphasizes that students with a strong interest in science should have opportunities to go beyond this “all students” base level. The second step, the development of a set of standards based on this framework, is being led by Achieve Inc, working in partnership with 20 or more states who have elected to join the project. This intensive work, which will include multiple review stages and opportunities for public input, is expected to produce “Next Generation Science Standards” by the end of 2012. States, including those not yet in the partnership, can then decide whether or not to formally adopt these standards.

The NRC’s framework articulates a vision for effective science education, based on research on learning and teaching and the input of scientists from across the disciplines. The NRC committee that developed it included recognized scientists from the target disciplinary areas (members of NAS or NAE) and a roughly equal number of members with a range of expertise and experience in science education at the K-12 level. A draft of the central section of the document was presented for public comment in July 2010, and many revisions were made based on the input received. Like all NRC studies, it also benefitted from a rigorous internal review process that led to further revisions before its release.

Three Dimensions
The Framework describes three dimensions of science learning, with the idea that lessons must form a solid structure in this three dimensional space. The three dimensions are defined as: 1. Scientific and Engineering Practices, 2. Crosscutting Concepts and 3. Disciplinary Core ideas. The practices are both a definition of what scientists and engineers do and a statement of what students need to do in order to develop their understanding of the core ideas and of how scientific theories are developed. Crosscutting concepts are common to all fields of science and engineering and provide students with ways to connect knowledge from the various disciplines into a coherent and scientific view of the world. The disciplinary core ideas include ideas in the physical sciences; life sciences; earth and space sciences; and engineering, technology and the applications of science. Engineering, technology and applications of science is included as a disciplinary area to reflect the importance of understanding the human-built world and to recognize the value of better integrating the teaching and learning of science, engineering and technology. In addition, we include engineering practices in parallel to science practices to highlight the large areas of commonality, and to ensure that students have the chance to apply their emerging scientific understanding in design projects.

Learning Progressions
The framework is designed to help realize a vision for education in the sciences and engineering in which all students, over multiple years of school, actively engage in the practices and apply the crosscutting concepts to deepen their understanding of the core ideas. A fundamental principle of the framework is that students should develop their understanding of core ideas in a coherent and connected way across multiple years. This requires integration of the three dimensions in a carefully designed plan of study. The framework provides an initial “sketch” of how the core ideas could be developed across K-12, but it is not a curriculum or course guide. This progression is laid out in “grade band end points”, that is, the targets for what students should understand by grades 2, 5, 8 and 12. The development of the endpoints was guided by research about what experiences and activities can help students toward an understanding of accepted scientific explanations of phenomena. To the extent possible, decisions about grade band endpoints were based on research, but in many cases we did not have specific research to guide us. In such cases we made “best guess” decisions based on the patterns we abstracted from the existing research studies.

Practices
The eight practices described in the framework are intended to better define what scientific inquiry and engineering design look like, and to ensure that students are asked to engage in all parts of the process. These are:

The view of scientific and engineering practice here goes beyond doing a lab or a hands-on activity. It also moves away from a single definition of “scientific method”. It includes multiple interpretive and discourse practices that tie the investigation of phenomena to the process of developing new understanding about them. Notably, six of the eight practices are common for engineering and science. The two practices where science and engineering differ relate to the primary goals of each discipline (Constructing explanations and designing solutions) and the beginning stage of approaching such a goal (asking questions and defining a problem). Scientists can play an important role in helping teachers and teacher educators understand these practices and find ways to implement them at the appropriate level in science classrooms.

Asking students to develop explanations does not mean to develop for themselves the modern theories of science. Rather we expect them to incorporate what they are learning about these theories into their models for and explanations of phenomena or systems.

Crosscutting concepts
The concepts selected for emphasis in this dimension are those that can help students connect science learning across topics and disciplines, and provide them with tools for asking appropriate questions regardless of discipline. The list includes:

1. Patterns; 2. Cause and effect: Mechanism and explanation; 3. Scale, proportion and quantity; 4. Systems and system models; 5. Energy and matter: Flows, cycles and conservation; 6. Structure and function; 7. Stability and change.

For this audience I think the list needs little explanation, since each of these is a topic that plays out in important ways across the disciplines. Making this commonality explicit, and describing these concepts with common language across the disciplines, along with a common view of and language for science practices, helps students understand how the wide variety of topics that they learn as “science” are interconnected.

Disciplinary core ideas
Descriptions of the core ideas are a major part of the framework report which can be downloaded from www.nap.edu. We used a set of criteria to define what was important to include as a core idea. To merit inclusion an idea should at least meet two or more of these. The criteria were:

These criteria are not only about what is important to the discipline but also about what is important for all students to understand to inform their own personal and political decisions in the future, as well as to stimulate and underpin their further learning. Thus some of the core ideas are included because of their importance for motivating students to learn science and engineering. The last criterion specifies the scale of an idea that we define as a core idea; it is a major idea that subsumes and connects many individual lesson topics, and hence merits attention across the K-12 grade span.

Next steps
To implement the framework’s vision requires further steps. Development and adoption of the “Next Generation Science Standards” has begun and will involve several further opportunities for input and public comment. Anyone wishing to be informed about draft releases can sign on for email updates at www.achieve.org. In addition, as the framework report discusses, other factors, such as curriculum materials, teacher preparation and in-service professional development, science assessments, and science teaching resources (space, time, materials and equipment) all need to be aligned to the vision in the framework in order for it to be realized. All these areas need further work. In my opinion, these efforts need input from scientists, so there will be many ways that interested APS members can get involved.

How to Get Involved
Many physicists have asked me what roles they can play in advancing K-12 science education. First and foremost, educate yourself about research on learning and about the context in which teachers work. Become better informed about the issues in your state and local school district and then volunteer. For example, state bodies decide issues such as criteria for teacher certification, or for adoption of textbooks, and you can get engaged in these decisions. The Forum on Education sessions at APS meetings and its newsletter provide information and ideas. The APS, together with AAPT, supports a network of universities known as “PhysTEC” devoted to exploring how physics departments can be effectively engaged in teacher education; have your department join the network and attend its meetings. NRC studies provide another useful source of information. Key to the development of the framework were two prior studies “Taking Science To School” (2007) and “Learning Science in Informal Environments” (2009). Each of these reports comes with a more practice-oriented volume, “Ready Set, Science” (2008) and “Surrounded by Science” (2010) respectively. These are also available at www.nap.edu. If you work with teachers, adopt the terminology of the framework around practices and cross-cutting ideas as it fits into what you are doing, to help teachers develop their understanding of them. If you teach introductory science courses, think about these ideas in that context. The science courses, as well as the science education courses, that prospective teachers take in college need to be designed to enable them to understand, and eventually to be able to teach, science and engineering practices and crosscutting concepts as well as the disciplinary core ideas. Carrying the arguments of the framework beyond the K-12 realm, it is my conviction that introductory science courses that are so designed would also better serve students who do not plan to become teachers than courses that focus only on conveying scientific knowledge.


©1995 - 2021, AMERICAN PHYSICAL SOCIETY
APS encourages the redistribution of the materials included in this newspaper provided that attribution to the source is noted and the materials are not truncated or changed.