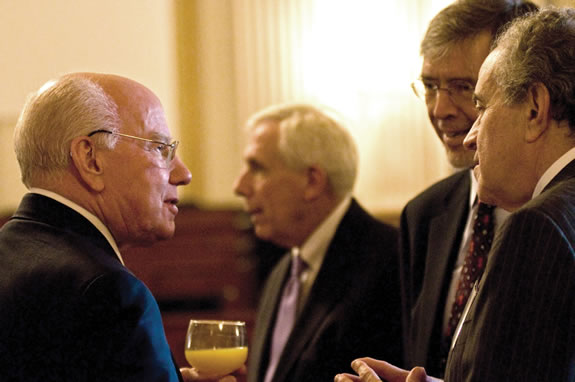 There are currently 3 physics PhDs serving in Congress. The longest-serving is APS Fellow Vern Ehlers, Republican from Michigan, first elected in a special election on December 7, 1993 and to eight full terms thereafter. Ehlers recently announced his decision to retire after his current term ends, and a reception was held in his honor this summer on Capitol Hill. In the photo, Ehlers (left) chats with APS President Curtis Callan and APS Director of Public Affairs Michael Lubell, while Congressman Frank Wolf of Virginia (center) passes by.