Scientific Fraud (or scientific misconduct if you dislike using the term fraud). 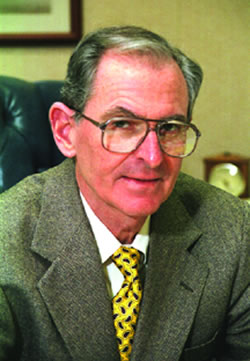 Being accused of committing fraud is just about the worst thing that can happen to a working scientist. But what, exactly, does fraud consist of? Fabrication, falsification and plagiarism are the three pillars of the edifice of scientific fraud. There are various other forms of questionable behavior possible in science, such as sloppy data handling, guest authorship on a paper and so on, but those are much less serious than ffp (frequent flier plan is the mnemonic for the cognoscenti).

Making positive statements about ethics in science is very tricky. There are many plausible-sounding ethical principles that would wreak havoc if anyone tried to enforce them. One such principle is “A scientist should never be motivated to do science for personal gain, advancement or other rewards.” In a parallel case in economic life, well intentioned attempts to eliminate the role of greed or speculation can have disastrous results. In a well regulated system, a scientist’s pursuit of personal gain or advancement can lead to important new discoveries. Another such principle is “When an experiment or an observation gives a result contrary to the predictions of a given theory, all ethical scientists must abandon that theory”. Suppose a scientist who has devoted a great deal of time and energy developing a theory is faced with the decision of whether to give it up as the result of some contrary evidence. The ethical principle says to give it up, but there is another possibility. Suppose our scientist has a rival who has invested time and energy developing an alternative theory. Then we can expect the rival to act as a severe critic of the theory and our scientist need not take on the psychologically daunting task of being his own devil’s advocate. In fact there are many examples in history of scientists who have succeeded by hanging on to an idea in the face of apparently contradictory evidence. One example is Bednorz and Muller, who discovered high temperature superconductivity in the face of a widely accepted theory that said it should not exist. There are numerous such phony principles. But if it’s difficult to come up with positive ethical principles for science, what about negative ones? What, exactly, constitutes misconduct in science?

In the 1980’s the federal government, in the form of the NIH (the National Institutes of Health) and the NSF (the National Science Foundation) came up with a definition of Scientific misconduct (the feds didn’t like to use the word fraud because to prove fraud you have to jump through certain hoops which the government didn’t want to do). The definition they came up with was ffp, “…or other practices that seriously deviate from those that are commonly accepted within the scientific community.” No one objected to the ffp part but the “other practices” phrase caused a storm of protest because it could be applied to almost anything a scientist did. A number of blue ribbon commissions tried to rectify that situation and failed, but eventually one did come up with a definition everyone could live with. Scientific misconduct is defined as ffp, but it also requires that it be a significant departure from accepted practices, that it be done with reckless disregard for the truth, and that it be proved by a preponderance of the evidence. Thus the “other practices” phrase became an additional burden to be proved instead of an independent means of showing misconduct.

Viewed in this light a number of high profile cases either qualify as instances of fraud or do not. For example, Robert Millikan has been accused of committing fraud in his paper on the celebrated oil drop experiment that ultimately led to his Nobel Prize in physics. His paper includes the phrase “This is not a select group of drops, but all 58 drops experimented upon during 60 consecutive days.” However, his laboratory notebooks, conserved in the Caltech Archives, indicate that he actually looked at about 100 drops over a period of 63 days. Many of the drops though were discarded early and can’t be counted. Of the 75 or so drops left, Millikan had rigorous standards for when a drop could be counted: if it was too large it fell too fast for its speed to be measured accurately and if it was too small it was subject to Brownian motion (being kicked around by collisions with molecules of air). The 58 drops that remained represented his attempt to get the most accurate value possible for the charge on the electron. And finally, his bald statement that his sample included “all 58 drops” referred not to the charge on the electron, but to a clever technique he had devised for correcting his results for the fact that the air is not a continuous medium, as required by Stokes’ law for a spherical drop falling through a viscous medium. Plotted in a certain way, the data were all supposed to fall on a straight line, and all 58 drops did. All things considered, Robert Millikan did not commit fraud.

Two more recent highly publicized cases are those of David Baltimore and Robert Gallo. Neither of them were accused of committing fraud, but two of their more junior partners were: Tereza Imanishi-Kari in the Baltimore case and Miklaus Popovic in the Gallo case. Imanishi-Kari was accused of fraud by her postdoc, Margot O’Toole, who was unable to reproduce her results. Miklaus Popovich was accused of stealing the HIV virus from a sample provided by the Pasteur Institute in Paris. Both were found guilty by the Office of Scientific Integrity (OSI), a government agency that was ultimately renamed the Office of Research Integrity (ORI), and both decisions were overturned on appeal, finding that Imanishi-Kari and Popovic, had done nothing wrong. That was a cause of considerable embarrassment to OSI/ORI and celebration on the parts of Drs. Imanishi-Kari and Popovic, both of whom have continued to pursue rewarding careers in science. Nevertheless, when Luc Montagnier of the Pasteur won the Nobel Prize in 2008 for his work on the HIV virus, neither Gallo nor Popovic were included.

On the other hand, there were two cases at Caltech, Vipin Kumar and James Urban, both of whom were postdocs in the laboratory of celebrated biologist Lee Hood. Kumar doctored a figure in a publication, and Urban submitted a paper for publication with phony data, planning to substitute real data before the paper was published. Both were found to have committed fraud and sanctions were applied.

In my experience three factors are nearly always present whenever fraud occurs in science. They are:
• The scientist involved is under career pressure,
• He or she thinks they know how the experiment would come out if it were performed properly, and
•The research is being conducted in a field where precise reproducibility is not expected.

A study done by Patricia Woolf in the 1980’s showed that the vast majority of scientific fraud cases that arose happened in biology. This is likely due to the lack of reproducibility (our third factor) found in biology. Its absence may give biologists a bit more scope to cheat. However that picture has been challenged recently by two cases that came up in the field of physics.

In the first, Jan Hendrick Schön of AT&T Bell Labs (now Alcatel Lucent) had achieved considerable renown for a series of near-miraculous discoveries in the field of organic semiconductors. He appeared to be well on his way to a Nobel Prize, when some anomalies were noticed in his data. An investigation concluded that he had committed fraud in at least 16 of his many papers. However in Schön’s case my three factors fit like a glove. In particular his was a field in which little reproducibility exists. If a given phenomenon doesn’t occur in a given sample, it just means it was a poor sample, not that the phenomenon won’t occur in a better sample. This seems to have made it easy for Schön to carry on with his deception nearly three years.

The other physics case was quite different. Experimental physicist Victor Ninov faked the discovery of element 118 at the Lawrence Berkeley National Lab. Here Ninov was in effect betting his luck on a theory that said the reaction he was overseeing should produce element 118. It turns out that for such a discovery to be accepted it must be reproduced elsewhere. When laboratories in France, Germany and Japan tried and failed to get Ninov’s result, an investigation ensued that ultimately found Ninov guilty of misconduct. Ninov had turned my third criterion, the reproducibility factor, on its head. He expected his discovery to be reproduced, and he came to grief when it wasn’t.

When I give talks on the subject of scientific fraud I’m always asked whether Cold Fusion was an example. Cold Fusion was the “discovery” in the 1980’s by three Utah scientists that nuclear reactions could be induced to take place by electrolyzing heavy water using electrodes of platinum and palladium. Many things went wrong in the course of that episode, but fraud was not one of them. Both sides were guilty of ignoring fundamental canons of good science, the pro-side ignoring contrary experiments and the con side being convinced by theoretical arguments. Most of the scientific community has concluded that cold fusion isn’t possible, but in my view, the final verdict is not yet in.

Scientific fraud does sometimes occur, and when it does it threatens to tarnish the reputations of all scientists. For that reason we must be vigilant to stamp it out, but we also must not overreact. As the cases of Millikan, Baltimore and Gallo show, fraud is not always present when its existence is suspected. Scientific fraud is thought to be rare, and we must do everything we can to keep it that way.

David Goodstein is the Frank J. Gilloon Distinguished Teaching and Service Professor Emeritus at Caltech. His new book, On Fact and Fraud: Cautionary tales from the front lines of science is now available.