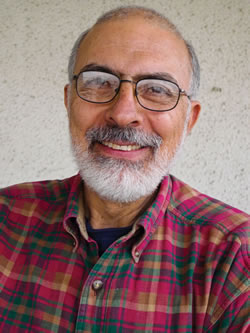 Visa complications prevented a renowned Iranian physicist from attending this year’s March Meeting in an apparent case of mistaken identity. Though these kinds of identity mix-ups are rare, long visa processing times are normal for physicists traveling to the United States.

Farhad Ardalan, a string theorist at Sharif University of Technology in Iran who helped establish its first doctoral program, was denied a travel visa by the United States consulate in Switzerland in January. Though the error was ultimately corrected and his visa was cleared six days before the meeting, the logistics to get the embassy to stamp his passport in time made it unfeasible for him to attend.

The first sign of trouble came when he applied for his J-1 visa at the US embassy in Bern where he was asked if he had ever been arrested. He responded that he never had been, “Not even in Iran.” He was then told that he had a US arrest record from 1983, despite the fact that he was in Iran for all of that year and at that time the Iranian government banned travel to the United States. He was told he would not be allowed in the United States and was asked to relinquish his green card. Ardalan refused to turn it over and left the consulate.

In a follow-up communication he had with the embassy, he was told that State Department found a record of deportation proceedings against him in 1962; however he has no recollection of any visa problems while he was an undergraduate at Columbia.

Ardalan has traveled to the United States many times before without incident. He entered Columbia University in 1958 and earned a PhD from Penn State in 1970. He taught at Sharif University for several years but spent his sabbaticals at Yale and Stony Brook in 1974 and 1977 respectively. In 1993 he and his wife received green cards to stay in the US where he resided until her death in 2003. He said he never encountered any problems from the United States.

He had planned to attend a reception held at the March Meeting for recently elected Fellows sponsored by the Forum on International Physics. There are no US embassies in Iran, so while he was visiting CERN in January he traveled to the US embassy in Bern to acquire his visa.

“I think it’s a case of mistaken identity,” said John Clark, a physicist at Washington University who was a sponsor of Ardalan’s visit to the US. He said that there is an individual in Iran with the same name who is the leader of a Kurdish guerilla movement. This has caused Ardalan travel delays from the Iranian government before, but never prevented him from traveling abroad.

The Department of State did not respond to submitted questions before press time.

Clark contacted Norman Neureiter, the director for the Center for Science Technology and Security Policy at AAAS, who in turn brought the matter to David T. Donahue, Deputy Assistant Secretary for Visa Services in the State Department. Working together they were able to sort out the confusion with the consulate over Ardalan’s visa by March 9th. However because of the logistics of physically getting his passport stamped, Ardalan was unable to rebook the needed flights to Bern and the United States in time for the March Meeting. Instead he plans to come to the United States sometime in April.

“As to what the State Department should do in these cases, it is not really for me to say,” said Ardalan, “However, my advice, for whatever it is worth, to our government agencies is to rely more on the judgment of the respective scientific organizations, when it comes to security issues related to  the scientists.”

Though what happened to Ardalan is unusual, setbacks and delays at US embassies around the world have become more common in recent years. Over the last decade security concerns have dramatically increased the wait times for scientists to receive visas. Identity mix-ups are uncommon, but slow processing times are not.

“His case was something beyond just a simple delay,” said Amy Flatten, APS director of international affairs, “His visa delay was unusual.”

Over the last decade, national security concerns by the federal government have caused major holdups for nearly all types of visa applications. Especially affected are applications that go through a visa mantis check, which aims to identify individuals that could illegally transfer sensitive technology. Most requests from scientists visiting the United States automatically go through this check, adding to their visa’s processing time.

As of March 2009, it took on average sixty days for a visa to be processed with a visa mantis check, the last time concrete numbers were available on the program. Last June, a request from 30 of the country’s leading organizations of US higher education, science, and engineering, prompted the State Department to incorporate new procedures to streamline the process. Though no official figures are available, it does seem that wait times are now on the decline.

Security safeguards imposed after the attacks of September 11th initially caused wait times to extend to an average of seven months. Efforts by the State Department brought the average waits down to about 14 days in 2005, but increasing backlogs caused wait times to lengthen once again starting in late 2007.

There is also a high degree of inconsistency that comes with these wait times. Some applicants, like Ardalan, encounter long unexpected delays, while others are processed quickly. The nation of origin plays some role in visa delays, as people from countries about which the State Department has security concerns are often subject to closer scrutiny. However the wait times that come with this additional scrutiny are also irregular, and it is difficult to predict precisely how long a wait time will be.

“The most important thing is to apply early,” said Flatten, adding that the APS website has information for physicists applying for visas, what to do if there is a delay, and links to the State Department’s consular office with up-to-date average wait times.

Flatten said also that she and the APS have been working with the State Department and other agencies to help streamline the visa process for visiting scientists. She and others from the scientific community met with the Assistant Secretary of State for Consular Affairs Janice L. Jacobs about the issue.

“Creating a system that balances scientific mobility and national security has been the goal, but has encountered the obvious challenges,” Flatten said, “I believe the State Department is trying to work with the science community to improve that.”