The Greening of the Physicist 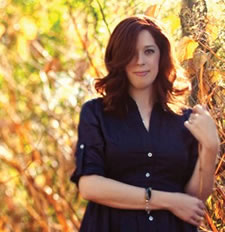 As a physicist employed by the R and D division of United Solar Ovonics (USO), Jessica Owens’ job is to help develop new production materials for solar cells. Working with thin films, “we take recipes to make the solar cells and we try to develop better recipes [to improve efficiency],” she says. As a producer of integrated photovoltaic (PV) materials, USO’s goals include constructing solar cells that have higher power output, increased longevity of material, and innovative coatings to capture more light. Clients include global organizations such as Wal-Mart, GM, and Frito Lay.

“I do solid state physics and optics,” she gleefully declares, recognizing that although she did not plan to pursue a so-called green job, it was a “happy coincidence” that she is able to apply her scientific know-how to solving problems for society in this way. As part of her position, Owens, whose master’s in physics centered on Raman Spectroscopy, works in a laboratory and “develops characterization tools to better understand and better engineer the films we develop,” she says. Her work covers a variety of topics and requires versatility. “One day I might help develop substrate materials or another day I might help process the end materials,” she explains.

The best aspects of her job, she says with a smile, are “getting to solve a puzzle and playing with toys for a living.” But in all seriousness, “at the end of the day, I can say in my own way, I’m doing something for the betterment of other people.”

Whether it’s for the puzzle or the people, more and more physics-educated professionals are heading towards careers that involve sustainability and the environment. And industries such as alternative energy (solar, wind, geothermal, etc.), green construction, and electronics are eagerly embracing people with physics degrees. More and more green-focused jobs in government and policy are also available for physicists to pursue.

According to information from the Pew Charitable Trusts, as reported by Physics Today (June 26, 2009), green energy job creation is occurring at twice the rate of job creation in traditional industries. Jobs in “environmentally friendly services” and clean energy arenas, such as wind and solar, grew at a rate of 9.1% from 1998-2007, compared to other industries, which grew at a rate of 3.7%.

Martin Killeen, US Recruitment Manager for Acre Recruiters, a global firm specializing in sustainability, climate change and the environment, says that in general, any type of technical degree is prized by green industries. On the positive side, “we have had clients who ask [specifically] for physics degrees,” he says, although he admits that often the companies want experience to accompany those degrees, generally about five years worth in an industry such as solar and wind energy. He argues that a physics degree is “potentially of value” to employers, especially as the sector migrates to focus more on energy efficiency. “A physics degree is the right avenue to pursue for a green job,” declares Killeen. 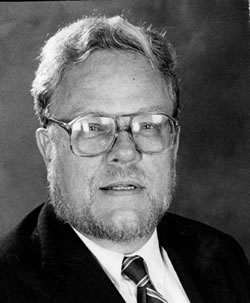 This is no wonder to the many physicists who have found success in green industries. Paul Maycock has a master’s in physics, and after more than 18 years working for Texas Instruments and the DOE, launched his own consulting firm PV Energy Systems in 1982. His main work today involves conducting due diligence for clients who are interested in photovoltaic solar cell applications. He says that although he doesn’t do physics research per se, “it’s all physics,” and he has moved “from doing physics to evaluating others who are doing physics,” Maycock explains. A recent exciting project for his client the International Finance Corporation (IFC) of the World Bank involved an evaluation of a new PV plant in China, in which he did a detailed cost analysis and 20-year forecast. Ultimately, he recommended that the IFC fund it.

His industry is “totally physics-based,” Maycock points out, and this need for physics and physicists who understand PV cells will continue to grow as new materials and new structures of cells are developed. “Physicists do very well in PVs because all of it is physics or physical chemistry processes– deposition, ion implantation, junction formation, stabilization layers, conducting oxides, and infusion,” he says.

There are also opportunities for physicists in green construction. Dr. Daniel Boss, Vice President for Engineering at Serious Materials, values people with physics degrees because of the fundamental aspects of science, and in particular optics, that his company’s research arm is addressing. His seven-year-old firm produces green construction products intended to save energy, including specially-designed windows, doors, and drywall.

Physicists can easily tackle problems associated with optics, properties of materials, sensors and controls, and heat transfer, all of which are intrinsic to the green building sector, says Boss. Furthermore, since most technical staff in green construction, at least in his company, tend to have an engineering pedigree, physicists provide a diverse and needed viewpoint. “It’s nice to have people with different perspectives,” he explains. His aim of a “holistic approach to problem solving” is especially prudent given that the industry is becoming more and more technically-based. “Products have to be continuously improved,” says Boss, “and that’s where cross-functional teams [with] physicists will contribute.”

Still, few green building jobs carry the title of “physicist.” In December 2009, Serious Materials advertised for the position of Senior Engineer, a job that someone with a master’s in physics could easily fill, according to Boss. The job involved research in optics and polymers in the company’s windows division, where the person would be developing a new product for windows that would help to control energy flow. 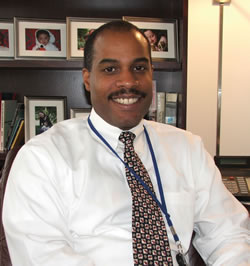 Just as Killeen insists that technical talent often trumps degree title in the competitive world of green jobs, so too does Dr. Albert Green, a physicist himself who is the CEO of Kent Displays. For physicists interested in environmentally-friendly careers, “what matters is not what your degree is in, it’s your technical skills,” argues Green. His company develops and manufactures reflective, bi-stable LCDs. Their LCD displays do not require power to retain an image, which provides significant energy savings compared to traditional backlit LCDs, according to corporate communications. Their displays also allow for conservation of natural resources through ePaper applications.

“I think the term ‘physics’ is too restrictive…it’s technical knowledge [that matters most] and I want [employees] to know all those things,” including chemical physics, electrical systems, materials sciences, and other disciplines, says Green.

And yet, Green believes that “physics is great training, particularly the PhD in physics, because you are able to look at very complex problems and break them apart…That’s really the skill that’s most important for a physicist.” Physicists can also easily migrate to new subject areas, which makes them an asset to his organization and sector. 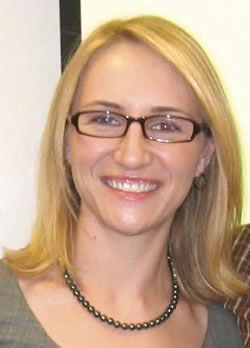 This migration of physicists leaving their usual lairs to dwell in verdant pastures is especially seen in Washington. The green sector absolutely relies on physicists who work on the policy side, who often come from diverse backgrounds, says Dr. Elaine Ulrich, a contractor with New West Technologies, who works as a Senior Analyst at the Department of Energy. She oversees strategic planning and analysis for the DOE’s Energy Efficiency and Renewable Energy (EERE) division. She previously was an APS Congressional Fellow where she helped draft legislation entitled the “Solar Technology Roadmap Act” (H.R. 3585), a bill that establishes a comprehensive plan for solar technology research, development, and demonstration activities conducted by the federal government in partnership with the private sector and focused on the DOE.

At the DOE, her projects run the gamut from examining the economics of renewable energy programs, to investigating different types of storage technologies, to developing an open energy information platform on the web. She regularly works with analysts from the National Labs. One of her recent assignments dealt with behavioral economics, or, as Ulrich describes, “how to design energy efficiency programs that people will actually stick to.”

She credits her physics education with instilling in her strong skills in critical thinking, building logical arguments, pouring over minutiae (like that in legislative language, she says), and thinking about possible ramifications while solving a series of problems. Physics also gave her the stamina to work long hours, she says with a laugh.

“Physicists in EERE are respected,” affirms Ulrich. But that admiration doesn’t cease in the DOE, she says. There are “huge opportunities in green jobs” for professionals with physics degrees. In fact, there is a much wider array [of jobs] than people realize,” she argues.

Owens sees physicists as an asset in the solar cell sector. “Physicists are incredibly well-rounded people,” she asserts. Physics-educated pros have the “ability and the desire to get dirty up to their elbows in the lab,” says Owens, which translates well to green technical jobs.

Ulrich’s advice to find these green opportunities is to have an open mind and think beyond one’s comfort zone. “My personal physics network would not have been able to connect me with people in this arena,” she recognizes. She got her job by networking with other policy professionals and APS Fellows. She recommends looking at trade associations such as the American Wind Energy Association and the American Solar Association, think tanks, lobbying and consulting firms, and of course, government contracting companies. And within the federal government, don’t limit yourself to the DOE, she urges. Agencies such as the EPA, Department of Agriculture, and Department of Interior all need physicists to conduct green projects. The DOD is particularly enthusiastic about being green: the agency is focusing efforts on national security issues pertaining to fuel convoys and the means to make military bases and grids more energy efficient and secure, for example.

It would seem that physicists are distinctly positioned to make the green industry grow. “Some people say this is a renewable energy renaissance,” says Ulrich. “There are so many opportunities to transform our country.” The green revolution “enables so many scientists to contribute to society using the technical skills they have.”


Alaina G. Levine is a science writer and President of Quantum Success Solutions, a leadership and professional development consulting enterprise.