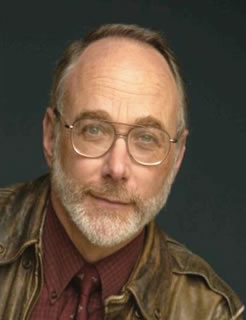 On May 16, 1960, working at Hughes Research Laboratories in Malibu, California, Theodore Maiman and his co-workers C. K. Asawa and I. J. D’Haenens switched on a makeshift device that they had assembled, and hoped for the best. The device was revolutionary, yet deceptively simple and elegant–its essence was a powerful coiled flash lamp surrounding a synthetic, single-crystal ruby rod. The brilliant pulsed lamp excited chromium ions in the ruby, which then emitted a bright fluorescent pulse of red light. But the experimenters looked more closely and saw what they were hoping for, something much more unusual:  a telltale burst of coherent radiation superimposed on the normal fluorescence. This team had just created the first working example of a laser.

Forty-three years earlier, Einstein had predicted the phenomenon of stimulated emission, whereby a photon interacts with an excited molecule or atom and causes the emission of a second photon having the same frequency, phase, polarization and direction. In the early fifties, Charles Townes and collaborators at Columbia, and Basov and Prokhorov in the USSR, invented the maser, which stands for Microwave Amplification by Stimulated Emission of Radiation. Masers were the first devices to use stimulated emission to amplify photons, in this case microwaves. These first masers, four-energy-level gaseous systems, using ammonia as the active medium, could continuously sustain a population inversion and oscillation.

In the late fifties, Townes turned his attention to the challenge of using stimulated emission to amplify shorter wavelength visible photons. He and Arthur Schawlow wrote a lengthy theoretical paper in Physical Review in 1958 describing in great detail the principles of the laser, which Townes dubbed the optical maser, and submitted a patent application that same year. The Townes and Schawlow paper generated considerable scientific interest, especially with experimentalists who raced to build the first laser.

Maiman’s group won the race and subsequently wrote a short paper describing the first laser, which was submitted to and rejected by a prominent physics journal. However, soon thereafter a shorter version was accepted and published in the August 6, 1960 edition of Nature. Maiman’s success initially passed almost unnoticed among the general public, and failed to get much recognition even within the scientific community.

In the early days, lasers were labeled as “a solution in search of a problem," because no one had demonstrated useful applications outside of scientific research. But as time went on, and new, more compact, reliable and efficient lasers were developed, applications proliferated. In 1974, supermarket barcode scanners improved customer checkout times and introduced the public to the first practical application of the laser. The laserdisc video player, launched in 1978, utilized a He-Ne gas laser first developed right after the ruby laser and was the first true consumer product to include a laser. More reliable and efficient diode lasers, available in 1982, made possible the compact audio CD player, the first widely accepted laser-equipped consumer device. Today multiple laser sources emitting from the deep blue to the mid-infrared are found in blue ray disk players, laser printers, and fiber optic modems in homes throughout the world.

Beyond these ubiquitous household devices, lasers now significantly impact many aspects of our lives–from communications to environmental monitoring, from manufacturing to medicine, from entertainment to scientific research. These many uses stem from the unique properties of the laser.

The unique temporal coherence properties of the laser beam make it perfect for telecommunications. First developed in the 1970s, laser-based fiber optic telecommunication systems have revolutionized the communications industry and played a major role in the advent of the internet and the information age. Because of its many advantages over purely electronic systems, the use of lasers and optical fiber have replaced copper-wire-based networks in long-haul communication systems throughout the developed world. Charles Kao shared the Nobel Prize in physics this year for his seminal contributions to this area.

The laser’s spatial coherence gives it the ability to achieve high intensities when focused, making it ideal for slicing through thick plates of steel or as a precision surgical scalpel. Lasers are capable of generating large, controllable quantities of optical energy and delivering it at intensities sufficient to produce permanent changes in materials. This new form of industrial energy has led to a wide range of laser-based manufacturing processes, such as cutting, welding, surface treatment, bending, cleaning, rapid prototyping, direct casting, and so on. From automobiles to cell phones, computer memory chips to high definition TVs, designer clothing to shelled peanuts, it is challenging to find a consumer product that was not in some way touched by a laser.

The earliest use of a laser in medicine occurred in December 1961: Columbia-Presbyterian Hospital used a ruby laser on a human for the first time, destroying a retinal tumor. The use of lasers in medicine has grown steadily. Today lasers are commonly used by surgeons, providing a precise, sterile surgical tool, capable of delivering high energies via fiber optic cables, minimally invasively, to areas of the body that are difficult to reach by other means.

The vivid bright colors of lasers, which make them very valuable to the entertainment industry, where they are often used in dramatic light shows, also provide scientists with a research tool par excellence. The laser has led to innumerable breakthroughs in physics, chemistry, biology, geophysics, and astrophysics.

In 2010, fifty years after Maiman’s team created the first man-made burst of laser light on Earth, we are commemorating that achievement in a celebration called LaserFest. Three of the leading professional societies in laser research, APS, the Optical Society (OSA), and SPIE, are spearheading the celebration. One goal of LaserFest is honoring the original laser pioneers, both scientists and entrepreneurs. A second goal is highlighting for the general public the laser as one of the best examples of innovation; basic scientific research translating into technology resulting in great economic benefit. Yet a third goal is inspiring young people to pursue careers in optical science and engineering.

The three societies are organizing many LaserFest activities. These include “LaserFest on the Road”; traveling outreach teams will design laser demonstrations and take them on the road to schools, theaters and other venues. The societies are producing downloadable, educational videos that will be posted on the LaserFest website (www.laserfest.org) which can be shown at appropriate events. Web-based educational modules are being designed that will allow teachers to integrate material involving lasers into their curricula. The Laser Days project will involve outreach activities by student chapters of the sponsoring societies which are located at a large number of colleges and universities.

LaserFest extends far beyond APS, OSA and SPIE, involving many organizations from the broader scientific and engineering communities. Already an impressive number of organizations have joined as participants. Many opportunities exist for individuals to become involved:  public lectures, open houses in laser research labs, laser demos, writing articles for newspapers, newsletters and blogs–all will be crucial to LaserFest’s success.

OSA and APS are organizing several Capitol Hill events coinciding with the joint APS/AAPT meeting and the OSA Leadership Meeting in Washington next February. In addition, LaserFest will be a part of the DC Science Festival that is scheduled to take place in the fall of 2010. We encourage all members to use LaserFest as an opportunity to contact your representatives in Congress and speak with them about the importance of scientific research to the economy and security of the nation.

LaserFest celebrates not only the past 50 years of laser innovation but also the amazing developments occurring today. Today’s lasers create the hottest temperatures on Earth, equal to temperatures in the inner core of the sun. Lasers also create the coldest temperatures on Earth, ten orders of magnitude colder than liquid nitrogen, opening up new areas of research including Bose Einstein Condensates. New laser instruments generate pulses that are short enough to take “flash pictures” of electron motion in atoms in molecules. Frequency stabilized lasers are now so accurate that they are being used to probe possible changes in fundamental physical constants as the universe expands. Lasers are clearly going where no laser has gone before.

Thomas M. Baer is the Executive Director of the Stanford Photonics Research Center. He is serving as OSA President in 2009.

Some Current and Future Laser Applications

II. Lasers Boost Energy Applications
• Laser fusion: The National Ignition Facility is conducting tests of the world’s largest laser system, which, if successful, may open the door to laser fusion, and hopefully provide an almost limitless, carbon-free energy source.
• Lasers for transportation and emissions: Laser-based ignition can be used in internal combustion engines to increase fuel efficiency and reduce harmful emissions.
• Environmental sensing with lasers: Laser remote sensing techniques, can be used for global monitoring of environmental pollutants in the atmospheric and oceans,