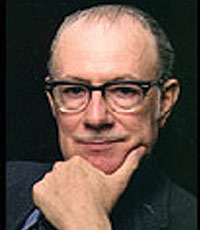 At its April meeting, the APS Council passed a memorial resolution on the March 4 death of esteemed physicist George Pake:

The Council of the American Physical Society notes with great sadness the death of George E. Pake (1924-2004). A pioneer in the field of nuclear magnetic resonance, his early work helped establish it as a powerful tool to study condensed matter systems important in physics, chemistry, and biology.

Shortly after he began his scientific career, his common sense, wisdom, fairness, and perceptive insight into human relations, combined with his scientific brilliance, led him to be called upon to assume responsibilities of leadership, a circumstance that persisted for the rest of his career.

He served with distinction as a leader in the academic world (at Washington University in St. Louis), the professional world (chairing the Pake Report on the Status of Physics for the National Academy of Sciences, and serving as APS president), and the public world (serving on the President's Science and Advisory Committee).

As the founding director of the Xerox Palo Alto Research Center, he assembled and led a research laboratory imbued with a vibrant spirit that has had a profound effect on industrial research and played a decisive role in the creation of the modern computer.

The American Physical Society has commemorated his manifold contributions by establishment of the George E. Pake Prize. The APS Council expresses deep sympathy to his wife, children, grand- children, and many friends