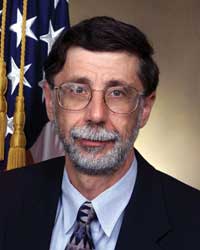 "Murderous organizations have increased in size and scope; they are more daring, they are served by the more terrible weapons offered by modern science, and the world is nowadays threatened by new forces which, if recklessly unchained, may some day wreak universal destruction."1 Much has changed since Major Arthur Griffith, a British police officer, made this prediction in 1898. Griffith's concern was dynamite-now we have nuclear explosives. Poison gas was an emerging threat at the end of the nineteenth century - now we worry about genetically engineered pathogens. But one thing Griffith knew even then has not changed. He and his fellow police officers were responsible for protecting the British homeland against terrorists.

For more than a decade there has been continuous debate as to whether or not terrorism could become a serious threat to the fundamental security of the U.S. The discussions had been academic and confined to the traditional national security community: the military, the intelligence agencies, think tanks, and a small portion of the scientific community. Debates over whether it was necessary to protect civilians from unconventional delivery of weapons of mass destruction (e.g., nuclear bombs in cargo containers) centered on the difficulty of constructing the weapons and the perceived irrationality of causing mass civilian casualties. Unfortunately, that debate is over. Terrorists have executed mass casualties attacks and the ability of individuals to construct effective biological weapons is now proven. Major Griffith's fear has become a reality.

How hard is it to protect the U.S. against terrorists? Numbers help. The unspeakable events of September 11 were executed by 19 terrorists. These terrorists entered the U.S. hidden among 510 million entry "events" per year, 330 million of which were foreign. It is believed that one individual out of a population of 290 million executed the anthrax attacks. A terrorist dedicated to causing mass casualties or disruption to our economy can choose from among thousands of targets in the United States. Terrorists are distributed throughout the country and buried in a nearly indistinguishable background of legitimate activities. The intelligence community can provide important information and predictive analysis with respect to potential targets. But detection and prevention in this country fundamentally requires a distributed system, one with "sensors" (human or otherwise) dispersed nationwide. The only institution with the required characteristics is the U.S. justice system, composed of federal, state, local and tribal law enforcement agencies. "It's going to come down to some street cop who sees something that doesn't look right-because of his training and intuition and information."2 Protecting the infrastructure is his daily mission.

What is the United States criminal justice system? Most physicists have little knowledge of the justice system in America. This $146B enterprise is composed of 16,600 state, local and tribal police agencies, 69 federal agencies with law enforcement authority, over 16,000 federal, state and local courts, and almost 5,000 detention facilities. There are nearly 780,000 sworn law enforcement officers and a total of 2.2 million employees within the criminal justice system. Its size is comparable to the national security system ($275B, 1.4 million active duty personnel, and 2.2 million total personnel.) The national security system is designed for deterring relatively large, identified targets operating overseas. The criminal justice system is designed to deter and prosecute individuals and small groups distributed throughout the U.S.

The military has a long history of seeking out and receiving scientific and technical advice. Law enforcement (with the exception of case-specific forensic help) does not. Traditional technical support to law enforcement consists of adapting technologies developed for other, principally military, applications. Like receiving hand-me-downs from your older sister, this strategy leads to technologies that may be serviceable, but are out of fashion, don't fit, and are far from optimum. They may be too costly, require too much infrastructure support, not match operating procedures, or fail to adequately consider the constitutional rights of citizens or the liability of police officers.

Why hasn't the justice system and law enforcement received significant support from this country's scientists? Primarily, there was a lack of significant dialogue between practitioners. How often did police chiefs discuss their long- term needs with the NSF or DOE? The National Academies has a panel on Science and the Law, but until recently its focus had been almost entirely on how to keep "junk science" out of the courtroom, not on promoting research into new investigative or forensic capabilities. The American Association for the Advancement of Science has a similar panel with similar objectives, which has recently begun to examine future forensics needs. The National Institute of Justice attempted to foster interactions, but only reached a small segment of the scientific and technical community.

The events of September 11 and the anthrax attacks changed the relationship between law enforcement and the technical community. NSF was immediate in offering support and the Academies rapidly facilitated interchanges between the country's scientific talent and federal law enforcement. Law enforcement was encouraged by the overwhelming support, and the technical community was surprised and intrigued by the challenges faced by our justice system. We must not become complacent and let this newfound cooperation die.

Cooperation, no matter how well intended, will fail if there is no financial support. Although the criminal justice system is a least half the size of the national security system, and equally important in providing for the safety and well-being of the populace, it receives 1/100 of the R&D support provided to national security missions. With no financial support, there can be no directed research and eventually the technical community will seek other problems to solve.

The President's 2003 budget does include substantial support to equip first responders, including state and local police agencies. Vaccine research is also a high priority. The need to utilize existing, off-the-shelf technologies is immediate and urgent, but as we look to the future, we must also provide research dollars to develop technologies to help law enforcement counter tomorrow's threats. "It is a well-known fact that no other section of the population avail itself more rapidly and speedily of the latest triumphs of science than the criminal class. "[Inspector John Bonfield, 18883] If there is no research investment in law enforcement technologies now, the "criminal class" will outpace our investigative and protective capabilities and the needed tools will not be on the shelf when we need them.

What are some of the needs and how can the physics community help?

The process of preventing terrorists from entering the United States begins overseas. For each visa application, a "name check" is performed against a central database that exceeds 10 million names. Transliterations, misspelling, and data entry errors must all be accommodated for each search- nearly 75,000 /day. Efficient multi-cultural pattern matching is required.

At INS ports of entry, an inspector has 10 to 15 seconds to grant or deny a foreigner entry into the United States. New decision support systems, potentially enhanced by biometrics, are required. Is there a way to positively confirm the identity of all individuals in a passenger vehicle or bus in 30 seconds? Can game theoretic analysis and deterrence provide inspection strategies that don't require 100% identification checks?

True prevention, however, is only achieved by identifying and apprehending terrorists before they strike. Criminal investigation has often been described as pulling on a thread and watching the sweater unravel. Techniques to help find the key thread and links between threads need to be enhanced. Coplink, an NIJ- and NSF- funded effort at the University of Arizona to develop link analysis tools for Tucson police investigators is an example of the type of programs needed.

Tucson has 1.8 million incident records and 60,000 mug shots. Phoenix has ten times as many records. The scale of a national link analysis capability is forbidding, but must be considered if we are to stop a distributed terrorist threat. This necessitates sifting an enormous amount of data, some of dubious validity, for unusual, exceeding rare patterns-precisely the signal-to-noise problem that the high-energy physics community is experienced at solving. Models based on Bayesian analysis and complexity theory could suggest new investigative avenues. Similar tools would aid CDC epidemiologists. Law enforcement currently deals with 10s of Terabytes, a fraction of the 10s of Petabytes high-energy physicists must analyze. The physics community has long participated in international data sharing and may be able to suggest architectures and methodologies for analyzing and sharing multinational law enforcement information.

The real threat to our social order is continuous, unpredictable terrorist events. This strategy truly instills fear in the populace. Classic criminal investigation is the only method of stopping such a campaign. New methods of obtaining and identifying trace chemical and biological elements from a crime scene are sorely needed. Are there technical clues that law enforcement has not traditionally considered? Techniques used in our finest research laboratories need to be affordable, validated, and available to the forensics community. Results need to be obtained in days, not months. An enormous amount of evidence resides on electronic media, but forensic analysis takes much too long. Current federal backlogs can exceed a year. Unanticipated leads on terrorists may long have lost their value by the time analysis takes place. As storage media get larger, the problem will only get worse.

Any discussion of how physicists can help protect the homeland without considering privacy policy is incomplete. Protection of citizens' privacy is at the nexus of virtually all use of technology by law enforcement. Physicists have played significant roles in the policy decisions on major national security issues--nuclear deterrence and missile defenses are two prime examples. If physicists wish to have a similar role in homeland security, they must educate themselves on privacy laws and be able to intelligently discuss the use of subpoenas and search warrants. They must understand the difference between Title III wiretaps and trap and trace orders. Designing technical solutions that don't respect privacy will not help, and arguing that all potential solutions violate privacy without understanding existing legal and policy protections marginalizes our contributions. If we take the time to understand the justice system as it actually operates, we can help make the country more secure while enhancing privacy.

Solving hard, complex problems is fundamentally what our training as physicists is all about.

Dr. Donald Prosnitz is the Chief Science and Technology Advisor for the Department of Justice, a position to which he was appointed by then Attorney General Janet Reno on 1999. He is on leave from the Lawrence Livermore National Laboratory, where he held the position of Chief Scientist of the Nonproliferation, Arms Control and International Security Directorate.