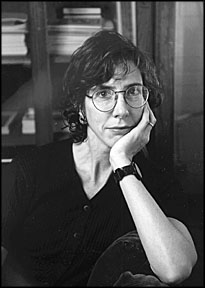 Or should we say, physics versus feminism? We have become used to the idea of trying to get more women to become physicists, but the idea of getting physics to become more feminist strikes most physicists as a kind of heresy. The sense of contradiction evoked by the juxtaposition of "physics" and "feminism" is so deeply embedded in the history of science as to have become an unquestioned part of its present culture. But to know anything about that side of science history, one needs to cross into the world of feminist studies.

First, what does feminist mean? Although in women's studies an array of distinct feminisms are recognized, a simple, first-order meaning of feminist is pro-woman, in the understanding that women historically have been devalued and denied equal footing with men. To be pro-woman is therefore to claim women's equal value, to articulate the ramifications of this principle, and to attempt to realize it, in one's life, through one's work, or in one's society. Fundamental in women's studies is the distinction between biological sex differences (female or male) and culturally-defined gender differences and ideals (femininity and masculinity), which vary widely over time and place. The devaluation of women usually has coincided with the devaluation of so-called feminine qualities, and part of the work of feminism has been to reclaim those qualities and reassess their value. But an even more important part of the work has been to see them as human qualities, and to appreciate, above all, the human process of associating gender with almost everything in our real and imaginal worlds, and assigning boundaries and relative importance based on those gender associations. Thus, male-associated qualities are regarded as distinct from, prior to, and more important than female-associated ones; the male sets the standard to which the female is compared.

Having defined feminist as pro-woman, we can ask, What's the big deal? Physics isn't anti-woman ... is it? At this point, it is necessary to remind ourselves of the slow progress of women in physics. We need to look at the two key strategies now being followed for increasing the proportion of women in physics, and the limits of those strategies. The first is to increase the number of women coming into and staying in physics at each stage along the education-career "pipeline." Included in this category are intervention programs targeting girls and women, as well as efforts by departments to recruit women as graduate students, post-docs, and faculty. The second strategy is cultivating gender equity awareness in physics departments. Included in this category are workshops targeting those who teach, advise, or make decisions about women in science, departmental self-review, and external assessments of the "climate" for women.

The inescapable difficulty is that intervention programs and gender equity activities fall outside the normal job description of a physicist. Both strategies become limited by the problem they are intended to address: women are outside of physics; extra programs (for women) must be mounted to bring them in; extra activities must be added (for physicists, mostly men); and gender equity is a "separate" issue, at best irrelevant to physics itself. Indeed, the degree to which these strategies are effective may depend on the degree to which they can be integrated into existing, familiar, and accepted forms of intellectual and professional activity.

Moreover, these strategies are limited because they do not directly affect our underlying, gender-associated distinctions, beliefs, and values. So, we need a strategy (1) that can be integrated into the central activities of the academy and (2) that can affect the underlying beliefs of scientists. This is where women's (i.e., feminist) studies and other types of social/cultural studies of science have something to offer.

By searching for gender-associated conventions in scientific thought and practice, women's studies of science have opened up new intellectual territory and provided the means for its exploration. To begin with, feminist history of science reveals a number of things.


Recognizing that historically science has not been gender-neutral, philosophical studies have asked, Is science objective at all? Some feminist philosophers have found it necessary to redefine the concept of scientific objectivity.

Returning for a moment to history, we have Evelyn Fox Keller's work on the language, in which 16th and 17th century scientists described science. They conceived of science as "thinking like a man," circumscribing a practice of knowledge-making which neither women nor so-called "feminine" (subjective, emotional, irrational) qualities could taint. Their underlying belief was that the world can be known through direct observations, controlled experiments and careful measurements - passing into a rational, undistracted, "pure" mind. Objectivity was presented as a quality of mind, the ability to not let personal bias interfere with an individual's observation or reason.

In the context of the Church tradition, which sought to expell women's bodily presence, and the centuries-long controversy about the differences between women's and men's brains/minds/souls, the focus on the individual (man's) mental state as the determinant of proper scientific practice was "natural." Even today, the concept of objectivity as a quality of mind is acceptable; aided by non-human measuring devices and "spatial" problem-solving skill, the unbiased mind secures the objectivity of science.

Using the tools of feminist analysis, however, it is possible to look at science quite differently. Thomas Kuhn made this possible by describing how science is actually practiced, in a community whose members develop a common set of commitments.

The central event of science, rather than the individual's unmediated view of nature, is the community agreeing upon a framework - a paradigm - for articulating a coherent description of nature. The individual acts are necessary, but they are insufficient, even meaningless, without the group to provide criticism or approval, and the paradigm to allow integration of the various parts of the puzzle.

Helen Longino, a feminist philosopher of science, examines objectivity as a characteristic of a community's practice of science rather than of an individual's mind. But even communities can be biased, particularly through the background assumptions shared by its members. Therefore, the quality of objectivity is determined by the degree to which the community cultivates "effective criticism" of evidence, of methods, of reasoning, and especially of background assumptions. It is the responsibility of the community, Longino writes, "to ensure that alternative points of view are developed enough to be sources of criticism."

On the same theme, Donna Haraway, a feminist historian and scholar, says that the traditional concept of objectivity expresses our wish for a disembodied "god-eye" that sees everything from everywhere but is located nowhere. All "vision" (her metaphor for observation), and the knowledge it produces, is necessarily embodied in biological or technological "eyes" and situated in space, time, and cultural context. Science can never give us an unbiased, infallible representation of nature, only a collection of embodied, situated, culturally-biased interpretations of nature, some better than others for given purposes. Our understanding grows in accepting our dependence on other perspectives.

These feminist studies of science do not describe a different science - certainly not a "feminine science" - but they shift the emphasis so that we see the importance, even necessity, of diversity among scientists. Moreover, they improve on more traditional accounts of science by explaining both its achievements and its lapses. As part of a strategy for increasing the proportion of women in science, feminist studies raise issues of women and science as intellectual questions within the academy, rather than pushing them to the margins of institutional life. And feminist studies undoubtedly challenge our underlying assumptions about the making of men, women, and science.

Thus, feminist studies of science may hold a key to the success of efforts to attract and retain women in physics, to create gender equitable environments in physics departments, and to reform physics education. Bringing together physics and feminism - allowing physics to become more feminist - has potential to bring about positive change in the culture of physics and realize a truly diverse physics community.

Priscilla S. Auchincloss directs the Program for Women in Science and Engineering at the University of Rochester, where she holds positions as Senior Lecturer in the College and Research Associate in the Department of Physics and Astronomy.