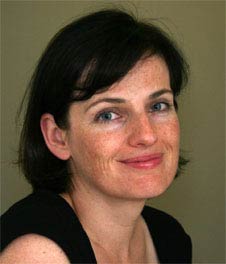 Silvia Luescher Folk, a Research Associate at the University of British Columbia in Canada, will work on testing theoretical predictions for non-abelian topological characteristics of the ν = 5/2 state. Folk’s background is in experimental mesoscopic physics, and her PhD and postdoc periods were highlighted by 24 publications, many in top journals.

Folk took time away from research to focus on her children while her husband started as an assistant professor at the University of British Columbia.

The award will allow her to return to independent research and adapt her expertise to a new area of physics. Folk earned her PhD from the Swiss Federal Institute of Technology in Zurich, Switzerland. She then completed postdoctoral positions at Stanford University and Delft University of Technology, The Netherlands. 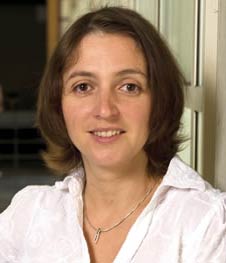 Natalia Drichko
Natalia Drichko, a visiting Research Assistant Professor at the Institute for Quantum Matter at Johns Hopkins University in Baltimore, Maryland, will work on the connection between spin fluctuations and unconventional superconductivity. While living in Europe, Drichko was the recipient of both the Alexander von Humbold Foundation Fellowship and the Margarethe von Wrangell Habilitation Fellowship.  Her research track record includes 53 publications in peer-reviewed journals and a patent registered in the Russian Federation.

Drichko gave up her habilitation fellowship and the potential professor positions that follow a habilitation to join her husband as his career took him to Johns Hopkins University.  She had a further career break due to the birth of her first child.

Drichko earned her MSc from St. Petersburg State University in 1996 and her PhD from the Ioffe Physico-Technical Institute in St. Petersburg in 2002.