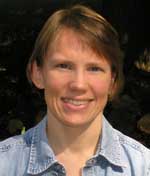 Background: Janice Wynn Guikema will fabricate and study graphene devices pertinent to the detection of magnetic moments and the transport of spins, and will use scanning probe microscopy to understand the local behavior of the charge carriers in graphene. She received her PhD from Stanford University in 2004 and was a post doc at Cornell and a lecturer at Texas A&M before accepting a part-time post doctoral position at Johns Hopkins University where her husband is an assistant professor. She and her husband have two young sons. 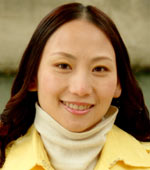 Background: Ya Li will use her scholarship to study nucleon (proton, neutron) structure using the precision electron beam probe at Thomas Jefferson National Accelerator Laboratory. She received her master’s degree in China in 2001 and, while taking courses at University of Houston, spent summers doing research at Brookhaven National Laboratory. The demands of a family of three young children necessitated taking leave from her thesis research. She will continue work on a study of nucleon structure functions from deuterium and nuclear targets in nucleon resonance region and at high momentum transfer. 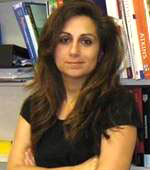 Background: Firouzeh Sabri will study the physical and chemical changes caused by UV radiation on materials, namely RTV 655 and silica aerogels. She received her PhD from University of Cambridge (UK), Cavendish Laboratory, in 2002 and turned down a job offer at JPL to accompany her husband and young son to Gaithersburg, MD and began a post-doctoral program at NIH/ NIDCD and then to the University of Florida. She is currently a faculty member at the University of Memphis, Dept. of  Physics and Materials Science.