Norman F. Ramsey Prize in Atomic, Molecular and Optical Physics, and in Precision Tests of Fundamental Laws and Symmetries

To recognize recognizes outstanding accomplishments in the two fields of Norman Ramsey: atomic, molecular, and optical physics; and precision tests of fundamental laws and symmetries. The Prize consists of a $10,000 check, a certificate citing accomplishments, and travel support for the recipient to attend the DAMOP annual meeting at which the prize is presented.

In Honor of Norman Ramsey

Norman Foster Ramsey, a Nobel Laureate in Physics (1989), was an outstanding figure in the world of physics. His scientific accomplishments include the invention of the ubiquitous separated oscillatory field method and the hydrogen maser. Ramsey was also an outstanding teacher, scientific statesman, and advocate for science and technology. He carried out his research with great passion, but also in a spirit of collegiality and fairness.

The Ramsey prize was established in 2017 with contributions from the family and friends of Norman Ramsey, individual donations from members of the American Physical Society, corporate sponsorship by TOPTICA and Thorlabs, and additional support from Menlo Systems. The Prize is jointly administered by the APS Topical Group on Precision Measurement and Fundamental Constants (GPMFC) and by the APS DAMOP, with each selecting 3 members of a selection committee, and alternating its chair selection year by year. The prize winner serves on the following year’s committee.

The prize is awarded annually for outstanding work in precision measurements of fundamental constants and tests of fundamental laws and symmetries or in atomic, molecular and optical physics. The prize shall ordinarily go to one individual, but may be shared with one or two others if this is clearly appropriate. Nominations are open to scientists of all nationalities regardless of the geographical site at which the work was done.  Nominations will be considered for three review cycles provided the nominator re-certifies the nomination before the next deadline. In keeping with the APS goal of serving a diverse and inclusive community of physicists, nominations of qualified women and members of underrepresented minority groups are especially encouraged.

Please read the Prize and Award Nomination Guidelines Including FluidReview Instructions to submit a nomination. 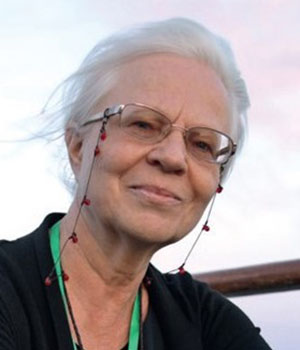