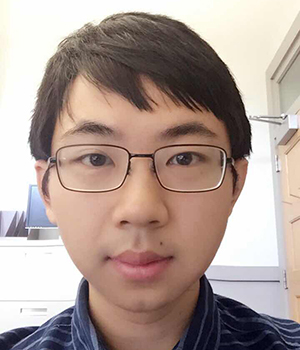 
"For developing the novel integral wall modeling concept for large eddy simulations based on fundamental principles and for groundbreaking insights into the scaling implications of the attached eddy model for understanding fluctuations in wall-bounded turbulent flows."


Xiang Yang received his B.S. in mechanical engineering from Peking University in 2012. He received his Ph.D. in mechanical engineering in 2016 from Johns Hopkins University, where he was advised by Professor Charles Meneveau and Professor Rajat Mittal. Dr. Yang’s doctoral thesis was on modeling of drag forces and velocity fluctuation statistics in wall-bounded flows at high Reynolds numbers. His Ph.D. work represents collective efforts with his advisors, his colleague Dr. Jasim Sadique at Johns Hopkins, Professor Ivan Marusic at University of Melbourne and Professor Luca Biferale at University of Rome. He is now a postdoctoral researcher at the  Center for Turbulence Research at Stanford University, working mostly with Professor Parvin Moin. His current work focuses on near-wall turbulence modeling, where he attempts to use the multi-fractal formalism, which was developed for the energy cascade process, to model processes in wall-bounded flows. He also studies wall-modeled large eddy simulation, where he uses this cost-efficient computational tool for problems with strong heat transfer and fluids with variable properties. Dr. Yang has been a member of the American Physical Society since 2013.