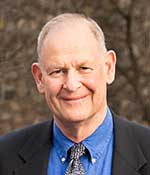 
"For discovering excimer laser surgery, laying the foundation for laser refractive surgery and leading to a paradigm shift in how necrotic tissue is debrided."


James J. Wynne earned a B.A. in physics in 1964 and a Ph.D. in applied physics in 1969 from Harvard University. He has spent his entire career with IBM research, where he is currently a senior staff member and manages the T. J. Watson Research Center's Local Education Outreach (LEO) program. Wynne's research includes the areas of laser science, medical applications of lasers, neuroscience, and chemical physics. Wynne and colleagues discovered excimer laser surgery in 1981, laying the foundation for LASIK and PRK, techniques that have improved the vision of more than 29 million people. For this discovery, they were inducted into the National Inventors Hall of Fame, won the R. W. Wood Prize of the Optical Society of America (OSA), were awarded the Rank Prize for Opto-Electronics, received the National Medal of Technology and Innovation, and were awarded the Russ Prize of the National Academy of Engineering. Dr. Wynne is currently working on a “smart scalpel,” an application of excimer lasers to debride necrotic lesions of skin, including burn eschar, without causing collateral damage. He is a Fellow of APS and OSA. Wynne has served on the APS Council and the APS Committee on Education.