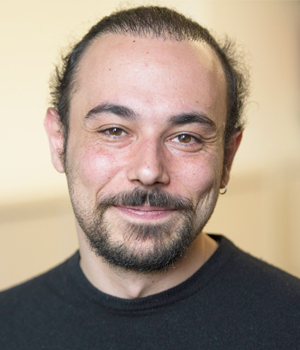 Petros Tzeferacos received his degree in Physics from the Physics Department of the University of Athens, Greece, in 2006, and earned his Ph.D. in Physics and Astrophysics from the Physics Department of the University of Turin, Italy, in 2010. His doctoral research was on jet-launching mechanisms in astrophysical accretion disks. From 2010 to 2012 he was a postdoc at the Department of Physics of the University of Turin, where he worked on accretion disk dynamics, numerical methods for computational astrophysics, and the development of the astrophysics code PLUTO. In 2012 he joined as a postdoc the Flash Center for Computational Science at the Department of Astronomy & Astrophysics of the University of Chicago, where he became a Research Assistant Professor in 2013 and a Research Associate Professor in 2019. At Chicago, he works on plasma astrophysics, combining MHD theory, numerical modeling, and laser-driven laboratory experiments, to study fundamental astrophysical plasma processes. Since 2013 he leads the development of FLASH, a publicly available multi-physics high-performance computing code used by the astrophysics and laboratory plasma research communities. He became the Associate Director of the Flash Center in 2013 and its Director in 2018. He was elected vice chair of the High Energy Density Science Association in 2017, member of the Omega Laser User Group Executive Committee in 2018, and vice chair of the NIF User Group Executive Committee in 2019.