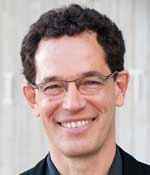 
"For visionary efforts to provide science and math training to young Africans, to help promote technological and socio-economic development on that continent."


Neil G. Turok, Ph.D., directs the Perimeter Institute for Theoretical Physics in Waterloo, Ont., where he holds the Niels Bohr Chair. His research focuses on developing fundamental theories of cosmology and new observational tests. Dr. Turok’s predictions for the correlations of the polarization and temperature of the cosmic background radiation (CBR) and of the galaxy-CBR correlations induced by dark energy have been recently confirmed. In 2012, he was selected to deliver the Canadian Broadcasting Corporation’s Massey Lectures, which were later published as the bestselling ”The Universe Within”, winner of the 2013 Lane Anderson Award, Canada’s top prize for popular science writing. Dr. Turok founded the African Institute for Mathematical Sciences (AIMS) in Cape Town, South Africa in 2003. AIMS now comprises a network of six centers and is Africa’s leading institution for postgraduate training in the mathematical sciences. In 2008, Turok was awarded a TED Prize for his scientific discoveries and his work founding and developing AIMS. In 2016 he was named the Gerald Whitrow Lecturer by the Royal Astronomical Society (Canada) and was awarded the John Torrence Tate Medal for International Leadership in Physics by the American Institute of Physics. Dr. Turok received his undergraduate degree in theoretical physics from the University of Cambridge (U.K.) in 1980; and his Ph.D. from Imperial College London (U.K.) in 1983.