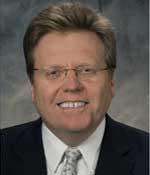 
"For his pioneering achievements in the area of polymer dynamics, polymers at surfaces and interfaces, and polymers in confined geometries."


Matthew Tirrell is the Pritzker Director of the Institute for Molecular Engineering at the University of Chicago, and Senior Scientist at the Argonne National Laboratory. Tirrell received a B.S. in Chemical Engineering at Northwestern and a Ph.D. in 1977 in Polymer Science at the University of Massachusetts.  From 1977-1999, he was on the faculty of Chemical Engineering & Materials Science at the University of Minnesota; he served as head from 1995-99. From 1999-2009, Tirrell was Dean of Engineering and Professor of Chemical Engineering and Materials at UC Santa Barbara. From 2009-11, Tirrell was chair of Bioengineering at UC Berkeley and Faculty Scientist at the Lawrence Berkeley National Laboratory. Research has been in polymer surface properties, adsorption, adhesion, surface treatment, friction, lubrication, biocompatibility and self-assembly. Co-author of 300+ papers and one book, he has supervised about 80 Ph.D. students and 40 postdocs. Tirrell has held Sloan and Guggenheim Fellowships, been a Dreyfus Foundation Teacher-Scholar, has received the Colburn, Stine, Walker, Professional Progress, and Institute Lecturer Awards from AIChE. He is a member of the NAE, the American Academy of Arts & Sciences and the Indian NAE, and a Fellow of the American Institute of Medical and Biological Engineers, the AAAS, and the APS.