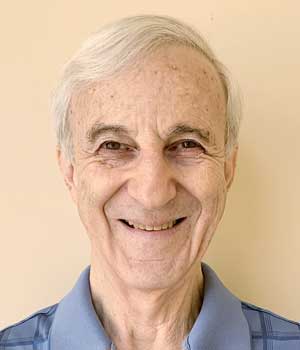 
"For outstanding contributions to observational tests of general relativity with theories of gravitational waves, astrophysical black holes, and neutron stars."


Saul Teukolsky is the Hans A. Bethe Professor of Physics and Astrophysics at Cornell University and the Robinson Professor of Theoretical Astrophysics at Caltech. His undergraduate degrees are from the University of the Witwatersrand in South Africa in 1970. He obtained his Ph.D. at Caltech in 1973, where his advisor was Kip Thorne. During his graduate work, he developed an equation to describe linear perturbations of a rotating black hole. The equation could be solved by separation of variables, despite the lack of an obvious symmetry. This equation has found many applications, from developing waveform models for gravitational wave detectors to studying gravity in higher dimensions. Teukolsky's research has spanned a wide variety of topics in relativistic astrophysics, including timing models for binary pulsars, the properties of rapidly rotating neutron stars, the possibility of naked singularities, and relativistic star clusters. His major current interest is numerical relativity, solving Einstein's equations on large computers. He has introduced new algorithms to the field with the goal of improving the accuracy of predictions for gravitational wave detectors like LIGO. He is a co-author of the widely used book "Numerical Recipes: The Art of Scientific Computing". His honors include election to the American Academy of Arts and Sciences and the National Academy of Sciences.