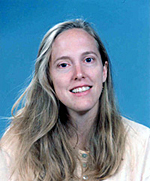 
"For her original and lasting contributions to experimental cosmology, in particular in the area of cosmic microwave background studies, and for leadership in multi-institutional collaborations to measure CMB anisotropy."


Staggs graduated from Rice University in 1987. In 1993, she received a Ph.D. from Princeton University with a dissertation on a long-wavelength measurement of the absolute temperature of the cosmic microwave background (CMB) radiation, with David Wilkinson. In 1994, she accepted an Enrico Fermi Fellowship at the University of Chicago , and then continued at Chicago for the next two years as a Hubble Fellow, with more work on the CMB, constraining the amplitude of any spectral distortions from the blackbody curve. She also spent ten Saturdays in 1996 lecturing on cosmology to the general public as Compton Lecturer. In 1996 she returned to Princeton University as an assistant professor of physics and was promoted to associate professor in 2001. At Princeton, she began work on an experiment to measure the polarization of the CMB, for which she received a NIST Precision Measurement Grant in 1998. That same year, she was selected as an Alfred P. Sloan Research Fellow. In 2000, she received an NSF CAREER award for a related multi-channel, multi-frequency CMB polarimetry experiment. She continues work on CMB polarimetry, and on the fine-scale primordial and secondary anisotropies of the CMB.