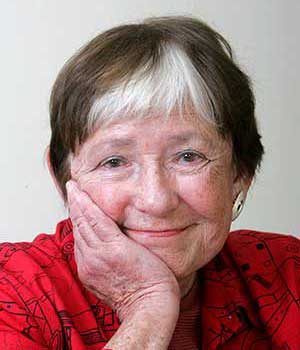 
"For fundamental contributions to the physics of electronic transport in solids and molecular magnetism."


Born in Antwerp, Belgium, Myriam (née Morgenstein) Sarachik attended primary school in Antwerp and Havana, and high school at the Bronx High School of Science in New York. She earned a A.B. cum laude from Barnard College in 1954, majoring in physics. After working for a year at the IBM Watson Laboratories at Columbia University, she returned to graduate school to earn a M.S. in 1957 and a Ph.D. in 1960 from Columbia University. Following a year as a research associate at IBM Watson Laboratories while teaching at the City College of New York in the evening, she became a Member of the Technical Staff at Bell Telephone Laboratories at Murray Hill, New Jersey. In September 1964 she was appointed assistant professorship at the City College of the City University of New York. She was promoted to associate professor in 1967, to the rank of professor in 1971, and a Distinguished Professor in 1995.

Sarachik’s activities have included defending the human rights of scientists, serving as an advisor to government science agencies and local and foreign universities, as a member and chair of the Solid State Science Committee, as a member of the Governing Council of the National Academy of Sciences, and as Vice-president, President-Elect, President and Immediate Past President of the APS from 2001 to 2004.

An experimental condensed matter physicist working at low temperatures, Sarachik has worked on various topics, including superconductivity, disordered metallic alloys, metal-insulator transitions in doped semiconductors, hopping transport in solids, properties of strongly interacting electrons in two dimensions, and spin dynamics in molecular magnets. She received the 1995 New York City Mayor’s Award for Excellence in Science and Technology, a 2004 Sloan Public Service Award from the Fund for the City of New York, the 2005 APS Oliver E. Buckley Prize in Condensed Matter Physics, and was named the 2005 L’Oreal/UNESCO for women in science Laureate for North America. She is a member of the National Academy of Sciences, a Fellow of the American Academy of Arts and Sciences, a Fellow of the American Physical Society, a Fellow of the New York Academy of Sciences, and a Fellow of the American Association for the Advancement of Science. She was awarded an honorary Doctor of Science degree by Amherst College in 2006.