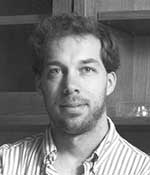 
"For invention of large-scale microfluidic integration and its use to gain new insights into protein crystallography, transcription factor binding, and microbial ecology, and for seminal discoveries in single cell and single molecule genome analysis."


Stephen Quake received a B.S. in physics and M.S. in mathematics from Stanford University in 1991, followed by a Ph.D. in theoretical physics from Oxford University in 1994. His contributions to physics, biology and technology have spanned many fields. He has received numerous awards and been elected to several academic societies, including the National Academy of Sciences, the National Academy of Engineering, and the Institute of Medicine.