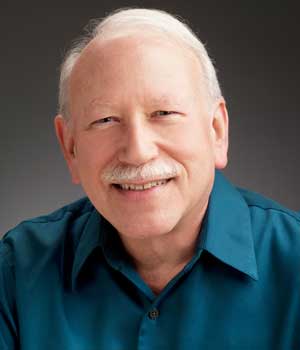 
Joel R. Primack, distinguished professor of physics emeritus at University of California, Santa Cruz, is one of the main inventors and developers of cold dark matter with a cosmological constant, which has become the standard theory of modern cosmology. He and his colleagues calculate and simulate the evolution of galaxies and the large-scale structure of the universe, and they compare the results with astronomical observations using methods including machine learning. Primack has hosted the annual Santa Cruz Galaxy Workshop for many years, and he organized and directed the University of California systemwide High-Performance AstroComputing Center 2010-2015. He earlier did fundamental research on elementary particle physics. Primack received his A.B. in Physics from Princeton in 1966 as valedictorian, and he earned his PhD in Physics at Stanford in 1970. He was a Junior Fellow of the Harvard Society of Fellows 1970-73 before joining the UCSC faculty. He received a Sloan Foundation Research Fellowship in 1974 and a Humboldt Prize in 1999.

Primack helped to start the APS Forum on Physics and Society (FPS) in 1972, and he chaired FPS in 2005-06 and again in 2019. He shared the 1977 FPS Forum Award with Frank von Hippel for their book Advice and Dissent: Scientists in the Political Arena (1974), and he received the 2016 APS Leo Szilard Lectureship Award "For a crucial role in establishing the Congressional Science and Technology Policy Fellowships."  Primack also started the AAAS Science and Human Rights program and chaired the AAAS Committee on Science, Ethics, and Religion. He is a fellow of the APS, the AAAS, and the California Academy of Sciences. He was the 2018-19 president of Sigma Xi, the scientific research honor society, which publishes American Scientist magazine. He is coauthor with his wife Nancy Ellen Abrams of The View from the Center of the Universe: Discovering Our Extraordinary Place in the Cosmos (2006), and The New Universe and the Human Future (2011). He has also written many popular articles and given many lectures for the general public.