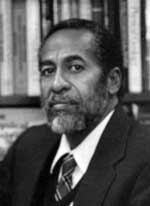 
"For his excellence in scientific, engineering, and business leadership, including his ground-breaking contributions to the development and commercialization of Si-Ge semiconductor technology and mixed-signal semiconductor applications."


Dr. Bernard S. Meyerson received his BS in Physics in 1975 from the City College of NY, and his PhD. in Physics from the City University of NY in 1980. He joined IBM in 1980 as a Research Staff Member researching surface chemistry and epitaxy as related to silicon;germanium based heterostructure devices.  Over the years he led a series of science, engineering and business organizations culminating in the development of IBM's Analog and Mixed Signal business.  He now serves as IBM's Vice President of Innovation.

Dr. Meyerson is a member of the National Academy of Engineering, a Fellow of the American Physical Society and IEEE, as well as being appointed an IBM Fellow, IBM's highest technical honor.  He was awarded the SEMI Lifetime Achievement Award, IEEE Ernst Weber Award, the MRS Medal, and ECS Electronics Division Medal. He has also been cited as "United States Distinguished Inventor of the Year" by the US IP Law Association and the Patent and Trademark office, and as "2008 Inventor of the Year" by the New York State Intellectual Property Lawyers Association.