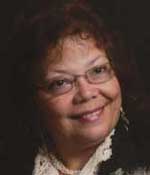 
"For her pioneering research on liquid crystals, in particular on the interactions of ordered liquid crystals and nanoparticles and their applications and extensive effort in mentoring and increasing diversity in physics and materials science."


Luz J. Martínez-Miranda received her BS and MS in Physics from the Universidad de Puerto Rico in Río Piedras and her PhD from MIT. She received her BMus in music performance from the Conservatorio de Música of Puerto Rico. She did her postdoctoral work at the University of California at Berkeley. At present, she is an associate professor in the Department of Materials Science and Engineering at the University of Maryland in College Park. Prof. Martínez-Miranda’s research involves the study of the interaction, both local and long-range, of ordered (smectic) liquid crystals with different nanoparticles, which is important for diverse applications, such as photovoltaics and biological applications. She has been a visiting professor at the Liquid Crystal Institute at Kent State University, at the Centre de Recherche Paul Pascal, CNRS, in France and at the University of Chile in Santiago because of her work with liquid crystals. Dr Martínez-Miranda is the president of the National Society of Hispanic Physicists. She has served in the CSWP and the COM of the APS and on the board for the Society for the Advancement of Chicanos and Native Americans in Science (SACNAS). She is a fellow of the AAAS and the APS.