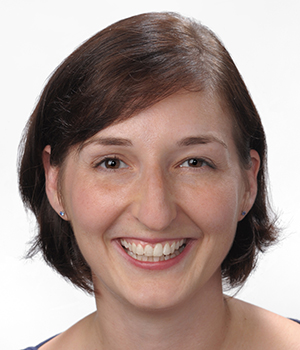 
"for her use of computational and analytical tools to develop microscopic understanding of flow in disordered materials, ranging from metallic glasses to biological tissues."


M. Lisa Manning studies cell motility and mechanics in biological tissues and the failure of disordered materials. Her work to understand how the global properties of tissues impact cell migration and pattern formation provides new insight into biological processes such as embryonic development, wound healing, and cancer. Her work to understand low-energy excitations in disordered solids generates better predictive models for flow and failure in materials from emulsions to glasses. She earned a B.S. in physics and B.A. in mathematics from the University of Virginia in 2002, and then and earned a Ph.D. in physics in 2008 from the University of California, Santa Barbara under the supervision of Jean Carlson and James Langer. She was a postdoctoral research fellow at the Princeton Center for Theoretical Science from 2008 until 2011 when she joined the faculty at Syracuse University, where she is currently an associate professor. Prof. Manning has given over 100 invited talks and published 25 peer-reviewed articles. She is a member of the American Physical Society and has served in the leadership of APS topical groups in soft matter (GSOFT) and statistical and nonlinear physics (GSNP). Her honors and awards include a 2016 International Union of Pure and Applied Physics Young Investigator Prize, a 2016 Simons Foundation Investigator Award, a 2014 Sloan Fellowship, the 2014 Research Corporation for Science Advancement Scialog Award, as well as several teaching awards. As an National Science Foundation career awardee and a RCSA Cottrell Scholar, she has also developed programs to help recruit and retain a diverse group of scientists in STEM.