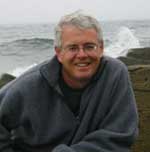 
Dr. MacDonald received his B.Sc. in Physics and Mathematics from St. Francis Xavier University in Antigonish Nova Scotia in 1973. He continued his studies in Physics, receiving his Ph.D. from the University of Toronto in 1978. He joined the research staff of the Ottawa laboratory of the National Research Council of Canada in 1981 after a period of postdoctoral research at the same institution. In 1987 he came to the United States and was a member of the faculty of Indiana University until 2000. Since 2000 he has been a Professor of Physics at the University of Texas at Austin. Dr. MacDonald has been a visiting researcher at the Eidgenössische Technische Hochschule in Zürich, Max Plank Institute for Solid State Research in Stuttgart and the California Institute of Technology.

Dr. MacDonalds research has mainly been concerned with the influence of interactions on the electronic properties of condensed matter. His early work was on density-functional-theory and included applications to metallic magnetism and the development of relativistic generalizations of the Hohenberg-Kohn-Sham scheme. He began work on the quantum Hall effect while in Zurich in 1982. Among other activities, he has contributed to theories of the edge state state physics of integer and fractional quantum Hall systems, to theories of the collective excitations of incompressible states, and to the theory of spontaneous inter-layer coherence in bilayer quantum Hall systems.. Recently Dr. MacDonalds research has focused on spintronics, including contributions to the theory of magnetic semiconductors, the spin Hall effect, and the influence transport currents on magnetic order parameters.

Dr. MacDonald is a Fellow of the APS and a past recipient of the Herzberg Medal.