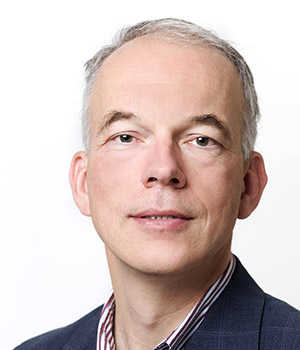 
Detlef Lohse studied physics at the universities of Kiel and Bonn in Germany. He received his Ph.D. at the University of Marburg in 1992 and then did his postdoctoral work at the University of Chicago. After his habilitation at Marburg in 1997, Professor Lohse went on to chair the Physics of Fluids group at the University of Twente in the Netherlands. Since 2015 he has been a member of both the Max Planck Society and the Max Planck Institute. In 2017, he was named an honorary professor at Tsinghua University in Beijing. Professor Lohse’s present research interests include turbulence and multiphase flow, micro- and nanofluidics (bubbles, drops, inkjet printing, wetting), and granular and biomedical flow. He uses both fundamental and applied science in his work, and combines experimental, theoretical, and numerical methods. Professor Lohse is the editor of the Journal of Fluid Mechanics, and the Annual Review of Fluid Mechanics, among others journals. He serves on the American Physical Society’s Division of Fluid Dynamics executive board as member-at-large, and in 2017, became a member of the National Academy of Engineering. He has also been a member of the Dutch Academy of Sciences since 2005, the German Academy of Sciences since 2002, and an APS fellow since 2002. Professor Lohse is the recipient of several scientific prizes, including the 2005 Spinoza Prize, the 2009 Simon Stevin Meester Prize, the 2011 Physica Prize of the Dutch Physics Society, the 2012 AkzoNobel Science Award, the 2012 George K. Batchelor Prize, and advanced grants from the European Research Council in 2010 and 2017. In 2010, Professor Lohse was knighted as a Ridder in de Orde van de Nederlandse Leeuw.