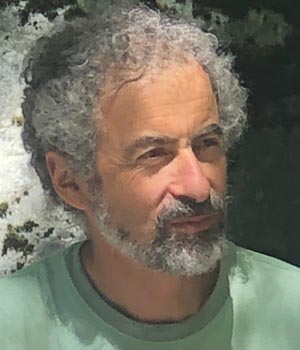 
"For multiple foundational innovations in nuclear theory, including in lattice quantum chromodynamics, effective field theories, and nuclear strangeness, and for strategic leadership to broaden participation between nuclear theory and other fields."


David B. Kaplan received his B.S. in Physics at Stanford University in 1980, and his Ph.D. at Harvard University in 1985 under the supervision of Professor Howard Georgi. He was a Junior Fellow in the Harvard Society of Fellows from 1985-1988, an Assistant and Associate Professor at UCSD 1988-1993, and then on the faculty of the University of Washington since then as a Senior Fellow at the Institute for Nuclear Theory, where he served as Director 2006-2016. His doctoral thesis proposed the theory of a composite Higgs boson; since then he has worked on a variety of topics in nuclear and particle physics, including the realization of chiral symmetry in lattice QCD, nuclear effective field theory, the strangeness content of nucleons, kaon condensation, nuclear forces in large-N QCD, baryogenesis, flavor physics, axions, and the physics of entanglement. Kaplan was awarded an Alfred P. Sloan Research Fellowship in 1990, and received NSF Presidential Young Investigator and DOE Outstanding Junior Investigator awards the same year. He has been an APS Fellow since 1998 and was elected to the National Academy of Sciences in 2013 and the American Academy of Arts and Sciences in 2015.