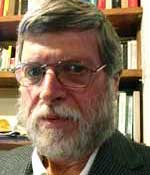 Kapitulnik’s research activities focus on studies of phenomena associated with the behavior of correlated and disordered electron systems, particularly in reduced dimensions, and the development of precision detection instrumentation. In particular he developed the Sagnac Interferometer for sensitive detection of time-reversal symmetry breaking effects in solids, and novel, cantilever-based, instrumentation for testing inverse-square-law of gravity at sub-mm distance. He has also been engaged in scanning tunneling microscopy and spectroscopy studies of correlated electron systems including the cuprates and topological insulators. Among other recognitions, his activities earned him an Alfred P. Sloan Fellowship (1986-90), a Presidential Young Investigator Award (1987-92), a Sackler Scholar at Tel-Aviv University (2006), the Heike Kamerlingh Onnes Prize (2009), and a RTRA’s Senior Chair (Palaiseau-Orsay-Saclay triangle de la Physique, 2010). Aharon Kapitulnik is a Fellow of the American Physical Society, and Fellow of the American Academy of Arts and Sciences.