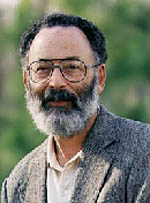 
"For his essential contributions in hardware construction, installation, calibration and operation for experiments at LAMPF, FNAL, RHIC and at CERN, and for enthusiastic mentoring of a large number of undergraduate students while being recognized for outstanding teaching at the undergraduate level."


L. Donald Isenhower received his B.S. in 1981 from Abilene Christian University (ACU) and his Ph.D. in 1986 from Iowa State University (ISU). He has been a physics professor at ACU since 1999, and was department chair from 1999-2005. Since 1988, his research emphasis has been as Co-PI on Department of Energy Medium Energy Nuclear Physics-funded grants to study nucleon structure, and he also has had intensive research involvement with the SeaQuest Fermilab Main Injector fixed target experiment. Isenhower has worked on experiments at CERN Intersecting Storage Rings and Large Electron Positron Collider, St. Petersburg Nuclear Physics Institute, and th Los Alamos Meson Physics Facility. ACU honored him with the Outstanding Professor Award in 1993 and the Career Achievement Award in 2006. He was the Society of Physics Students Chapter Advisor from 1991 through 2004. He is a member of the APS, the American Association of Physics Teachers, and IEEE.