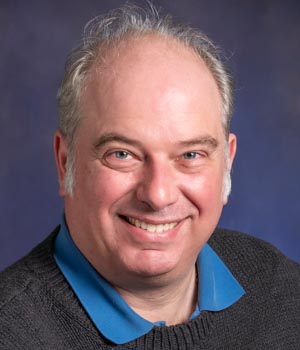 
"For pioneering work, engaging lectures, and comprehensive reviews advancing the understanding of spin transport and magnetization dynamics in magnetic multilayers."


Axel Hoffmann has obtained his Diploma degree in physics from the RWTH Aachen in 1994 and his PhD degree in physics from the University of California – San Diego in 1999. Subsequently he worked at the Los Alamos National Laboratory as a postdoctoral fellow. In 2001 he joined the Argonne National Laboratory as a staff scientist and became in 2014 the Senior Group Leader of the Magnetic Thin Film Group within the Materials Science Division. In 2019 he moved to the Materials Research Laboratory at the University of Illinois at Urbana-Champaign as a Founder Professor, and he is currently affiliated with the Departments of Materials Science and Engineering, Physics, and Electrical and Computer Engineering. His research interests encompass a wide variety of magnetism related subjects, including basic properties of magnetic heterostructures, spin-transport in novel geometries, and biomedical applications of magnetism. His main research focus has recently been on pure spin currents investigated by magnetotransport and magnetization dynamic measurements. He is an Associate Editor for the Journal of Applied Physics and a fellow of the American Physical Society, American Vacuum Society, and IEEE. His awards include Distinguished Lecturer for the IEEE Magnetics Society in 2011, Outstanding Researcher Award by the Prairie Section of the American Vacuum Society 2015, and he was listed by the Web of Science Group as a Highly Cited Researcher in 2019 and 2020.