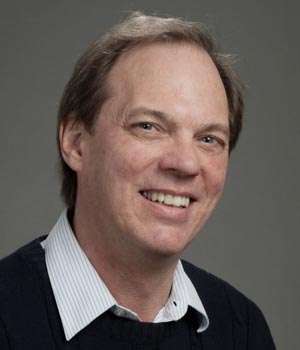 
"For advancing the frontiers of understanding nature's fundamental symmetries via unprecedented precision studies of the muon, including its lifetime, its anomalous magnetic moment, and its measurement by the pseudoscalar coupling constant."


David W. Hertzog is the Arthur B. McDonald Distinguished Professor of Physics at the University of Washington and Director of the Center for Experimental Nuclear Physics and Astrophysics (CENPA). He earned a B.A. degree at Wittenberg University in 1977 and a Ph.D. at the College of William and Mary in 1983. After a postdoctoral appointment at Carnegie Mellon University, Hertzog joined the faculty at the University of Illinois at Urbana-Champaign and, in 2010, the faculty at Washington. Hertzog’s current research is in the area of precision muon physics, where he co-led a 1-ppm measurement of the muon lifetime and was a founding spokesperson of the new muon g-2 experiment at Fermilab. Earlier he worked on several LEAR antiproton physics experiments at CERN, focusing on hyperon-antihyperon production and searches for exotic hadrons. Hertzog developed Pb/SciFi calorimeters and other novel instrumentation including the suite of PbF2 calorimeters now used in g-2. Hertzog became an APS Fellow in 2000 and a John Simon Guggenheim Foundation Fellow in 2004. He has served on the DNP Program and Executive Committees, NSAC Long Range Plan Working Groups, and as NSAC Chair. Hertzog has served on numerous scientific advisory committees and panels. He is a coauthor of more than 200 papers and technical reports on fundamental symmetries, hadronic physics, and instrumentation for nuclear and particle physics. He has mentored or co-mentored 20 Ph.D. students and 15 postdoctoral scholars.