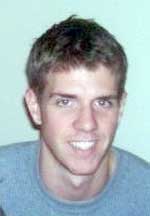 
"Creation and Measurement of a Single-Proton Two-Qubit State to Test a Bell-Kochen-Specker Inequality."

Gadway received his B.A. in astronomy-physics from Colgate University in 2007, as well as a minor in East Asian studies. At Colgate he received the physics & astronomy department's Alumni Award and the Japanese department's Mori Award. He also received a UNSW Travel Scholarship which enabled him to spend a term abroad in Sydney. Bryce was inducted into Phi Eta Sigma, Phi Beta Kappa, and Sigma Pi Sigma. He is also an APS member.

Gadway is currently pursuing a Ph.D. in physics at Stony Brook University, with the support of a GAANN Fellowship.