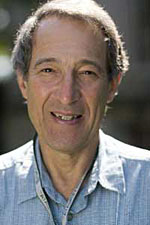 
"For constructing supergravity, the first supersymmetric extension of Einstein's theory of general relativity, and for their central role in its subsequent development."


Dan Freedman was born in Hartford, Connecticut in 1939. He received the BA degree from Wesleyan University in 1960 and the Ph. D. from the University of Wisconsin in 1964. After postdoctoral fellowships at Imperial College, London, University of California, Berkeley,and the Institute for Advanced Study Princeton, Freedman joined the faculty of the (C. N. Yang) Institute for Theoretical Physics at State University of New York, Stony Brook in 1968. In 1980 he became a faculty member at the Massachussetts Institute of Technology where he is now Professor of Applied Mathematics and Professor of Physics.

Freedman has held Alfred P. Sloan Foundation and John Simon Guggenheim Foundation Fellowships. He is a Fellow of the American Physical Society and of the American Academy of Arts and Sciences. He was awarded the 1993 Dirac Medal and Prize (with S. Ferrara and P. van Nieuwenhuizen) for the discovery of supergravity.

Freedman is an elementary particle theorist who concentrates on supersymmetric field theories including supergravity. In addition to the first construction of supergravity in 1976, he contributed such developments as gauged supergravity and has extensively studied applications of supergravity to the AdS/CFT correspondence. He also pointed out the role of coherent scattering of neutrinos by atomic nuclei in supernova collapse, and a similar process appears to be a means of detection of cold dark matter.