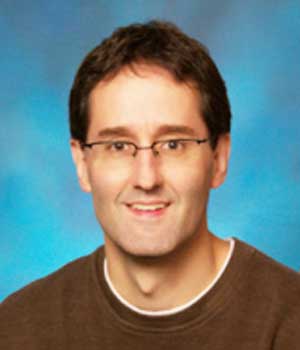 
Robert C. Forrey is a distinguished professor of physics at Penn State Berks. He received a B.S. in electrical engineering from Lafayette College and a Ph.D. in physics from the University of Delaware. In 1991, he was awarded a predoctoral fellowship at the Institute for Theoretical Atomic Molecular and Optical Physics at the Harvard-Smithsonian Center for Astrophysics, and continued as a postdoctoral research associate at Harvard University until 1999 when he joined the faculty at Penn State. Dr. Forrey's research for the past twenty years has been supported by grants from the National Science Foundation and NASA. He has published more than 100 refereed journal articles on a variety of topics in physics, chemistry and astrophysics. He has actively involved undergraduate students in his research and has published many papers with undergraduate student co-authors. Elected as a fellow in 2011, Dr. Forrey has served the American Physical Society as a member of the executive committee for the Topical Group on Few-body Systems and Multiparticle Dynamics, a member of the DAMOP Education committee, and chair of TAMOC.