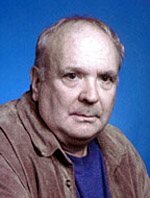 
"For transforming the art of anionic polymerization into a powerful tool of polymer physics, creating and using polymers with precisely defined molecular architectures to advance our understanding of entanglement, miscibility, and microphase separation."


Dr. Lewis Fetters received his BA in Chemistry from the College of Wooster in 1958 and his Ph.D in Chemistry from the University of Akron in 1962. He then completed a postdoctoral program at the Polymer Division of the National Bureau of Standards (now N.I.S.T.) from 1963 to 1965. From 1965 to 1967, he worked as a chemist in the same division at the National Bureau of Standards. In 1967 he joined the faculty at the University of Akron, Department of Polymer Science as a Professor where he remained until 1983 when he became associated with the Exxon Research and Engineering Company. He has made many technological and scientific contributions to the study of polymer science.