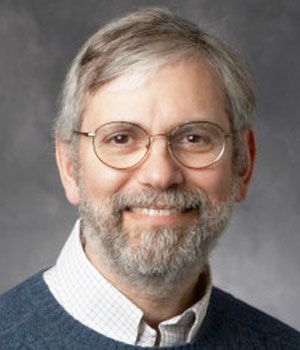 
"For pioneering explorations of ultrafast strong field physics from the optical to the X-ray regime."

Philip H. Bucksbaum holds the Marguerite Blake Wilbur Chaired Professorship in Natural Science at Stanford University, with appointments in the Departments of Physics and Applied Physics and the Faculty of Photon Science at SLAC. He also founded and formerly directed the Stanford PULSE Institute. Bucksbaum studies the interaction of intense coherent radiation with atoms and molecules, with an emphasis on interactions induced by attosecond pulsed radiation, strong laser fields, and ultrashort x-ray lasers. Prior to coming to Stanford, Bucksbaum was Otto Laporte Collegiate Professor and then Peter Franken University Professor of Physics at the University of Michigan. Prior to that he was a member of the research staff at Bell Laboratories in Murray Hill, NJ. Bucksbaum received his Ph.D. degree in Physics from the University of California at Berkeley in 1980, and his A.B. degree in Physics magna cum laude from Harvard College in 1975. He is a Fellow of the American Physical Society and the Optical Society and has been elected to membership in the National Academy of Sciences and the American Academy of Arts and Sciences. He was President of the Optical Society in 2014 and is currently President-Elect of the American Physical Society, where he will serve as President in 2020.