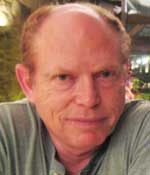 
"For the pioneering discovery of the exact solution of the Kondo and Anderson models, opening a new field of exact treatments of quantum impurity systems."


Natan Andrei, Ph.D., received his B.Sc. and his M.Sc. from Tel Aviv University (Israel) in 1974 and his Ph.D. from Princeton University (N.J.) in 1979. Trained as a particle physicist, his thesis – supervised by David Gross, Ph.D. – dealt with the nonperturbative effects of instantons in quantum chromodynamics. His interest in nonperturbative approaches to interacting field theories continued while he was a postdoctoral fellow at New York University and lead him to apply the Bethe-Ansatz approach to various field theories of low-dimensional many body systems. At that time Dr. Andrei’s interests shifted to the study of strong correlations in condensed matter physics, an interest he pursued after moving to Rutgers University (New Brunswick, N.J.) in 1981. Currently, he is extending the application of such approaches the quantum systems out of equilibrium. Dr. Andrei is an American Physical Society fellow.