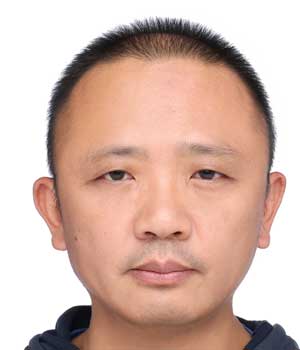 
"For the theoretical prediction, design and realization of non-magnetic and magnetic topological semi-metals and new types of topological insulators."


Professor Xi Dai received his Ph.D. from the Institute of Theoretical Physics at the Chinese Academy of Sciences (CAS) in 1999. As a professor, he now chairs the Hong Kong University of Science and Technology (HKUST). His research focuses on electronic structure studies of topological and strongly correlated materials. Using the modern numerical techniques for electronic structure, he and his group predicted several very important topological materials, including the Bi2Se3 family as 3D topological insulators, Cr doped Bi2Te3 thin film as quantum anomalous Hall system, and TaAs family as Weyl semimetals, all of which have been validated.  Before he joined HKUST in 2017, he was the principal investigator between 2007 and 2017 at the CAS Institute of Physics and was a research assistant professor from 2004-2007 at Hong Kong University. Professor Dai has won the 2011 Qiushi Group Prize for Science and Technology, the 2012 International Organization of Chinese Physicists and Astronomers Achievements in Asia Award, the 2014 K.C. Chou Foundation Fundamental Physics Prize, the 2017 CPS Zhou Pei Yuan Prize for fundamental physics. Since 2014, Thomson Reuters has listed him as a highly cited researcher.