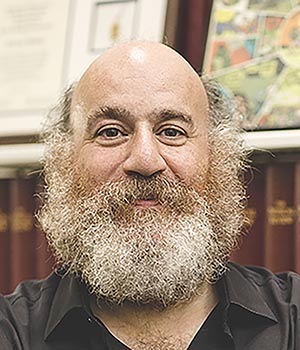 
"for the application of general theoretical principles of physics and information theory to help understand and predict how biological systems function across a variety of scales, from molecules and cells, to brains and animal collectives."


William Bialek, a theoretical physicist, is the John Archibald Wheeler/Battelle Professor in Physics, and a member of the multidisciplinary Lewis-Sigler Institute, at Princeton University. He also serves as Visiting Presidential Professor of Physics at The Graduate Center of the City University of New York. Bialek is best known for work emphasizing the approach of biological systems to the fundamental physical limits on their performance. Educated in the San Francisco public schools, he received his A.B. (1979) and Ph.D. (1983) degrees from the University of California, Berkeley. After postdoctoral stays at the Rijksuniversiteit Groningen and the Institute for Theoretical Physics, he returned to Berkeley as a faculty member in 1986. In 1990, he moved to the newly formed NEC Research Institute, before joining the Princeton faculty in 2001. A member of the National Academy of Sciences, and a fellow of the American Physical Society, he received the 2013 Swartz Prize for Theoretical and Computational Neuroscience from the Society for Neuroscience. As passionate about teaching as about research, he has received the President’s Award for Distinguished Teaching at Princeton, and served as a Phi Beta Kappa visiting scholar (2016-17). His work is dedicated to finding theoretical principles that have the power and generality that we have come to expect in physics, yet encompass the complexity and diversity of life’s most beautiful phenomena.