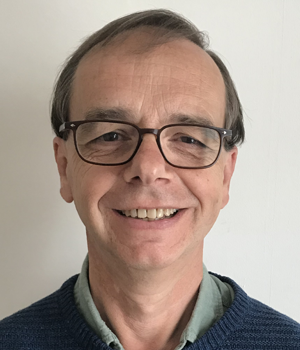 
Matthew Foulkes won a scholarship to study physics at Clare College Cambridge in 1980, graduating with first-class Honours and the Horne Prize in 1983. He remained at Cambridge for his PhD on "Interatomic Forces in Solids", which he completed in 1987 under the supervision of Roger Haydock. After spending two years as a Drapers' Research Fellow at Pembroke College Cambridge and two years as a Post-Doctoral Member of Technical Staff at AT&T Bell Laboratories, he joined Imperial College London in 1990, becoming a full Professor in 2004. He served as the Head of the Condensed Matter Theory Group from 2011 to 2018. Much of Foulkes's work uses continuum quantum Monte Carlo (QMC) methods to study interacting electrons in solids and, more recently, warm dense matter. A recent highlight was his participation in the construction of the first accurate local exchange-correlation functional for warm dense systems. Away from QMC, Foulkes helped popularize the use of the Harris-Foulkes functional in density functional theory. Other interests include radiation damage, finite-size effects, tight-binding methods, neural-network representations of many-electron wavefunctions, spin-lattice coupling in magnets, temperature-dependent interatomic force fields for warm dense matter, and the growth of oxide scales on metals. Foulkes is a Member of the APS, a Fellow of the UK Institute of Physics, and a Fellow of the UK Higher Education Academy.