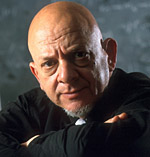 
"For pioneering computations that have generated unique insights into the physics of materials at the nanometer length scale, thereby fostering new theoretical and experimental research."


A native of Israel, Uzi Landman obtained his B.Sc and M.Sc degrees from the Hebrew University at Jerusalem and the Weizmann Institute of Science, respectively, and a D.Sc. degree from the Israel Institute of Technology (Technion) in 1969. He worked at UC Santa Barbara, the University of Illinois at Urbana-Champaign, the Xerox Webster laboratories and the University of Rochester. In 1977 he moved to Atlanta with his wife Avital and their children, joining the School of Physics at the Georgia Institute of Technology, where he is now Regents and Institute Professor of Physics, a F.E. Callaway Chair, and the Director of the Center for Computational Materials Science. Landman published close to 350 papers in condensed matter physics, materials science, clusters and quantum dots, microscopic hydrodynamics, nanocatalysis, and transport in DNA. He is elected Fellow of the APS and the IOP, founded the Journal of Computational Materials Science, served as the President of the Georgia Autistic Society, and he is a frequent invited speaker, including a plenary lecture at a recent Nobel Symposium on clusters. Awards that he received include the 1999 APS Beams award, the 2000 Feynman Prize in Nanotechnology, and the 2002 MRS Medal for seminal contributions to the founding of the field of nanotribology.