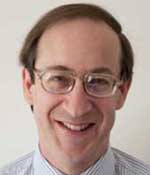 
"For seminal contributions to our understanding of the photophysics of low dimensional material systems, revealing the rich optical properties of plasmons, excitons, and electrons in confined geometries."


Tony F. Heinz is the David Rickey Professor in the Departments of Physics and Electrical Engineering at Columbia University. Heinz received a BS degree in Physics from Stanford University in 1978 and the PhD degree, also in Physics, from the University of California at Berkeley in 1982. Heinz was subsequently at the IBM Research Division in Yorktown Heights, NY, until he joined Columbia University in 1995. At Columbia, he has served as the Chair of the Department of Electrical Engineering, as well as the Scientific Co-Director of the Columbia Nanoscale Science and Engineering Center and the Energy Frontier Research Center. In 2012, Heinz was the President of the Optical Society of America. He is a Fellow of the APS, OSA, and AVS and a recipient of the ICO Prize, the Julius Springer Prize for Applied Physics, and the Senior Scientist Research Award from the Alexander von Humboldt Foundation. Heinz's research has centered on probing the electronic and vibrational properties of nanoscale materials and interfaces through the use of optical spectroscopy. His recent investigations have helped to elucidate the nature of optically excited states in carbon nanotubes, graphene, and other 2D materials.