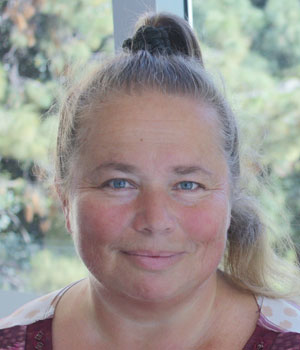 
"For work on the spectral theory of almost-periodic Schrödinger operators and related questions in dynamical systems. In particular, for her role in the solution of the Ten Martini problem, concerning the Cantor set nature of the spectrum of all almost Mathieu operators and in the development of the fundamental mathematical aspects of the localization and metal-insulator transition phenomena."


Svetlana Jitomirskaya received her undergraduate degree in 1987 and Ph.D. in 1991, both in mathematics, from Moscow State University. Other than spending about half a year in 1996 visiting Barry Simon at California Institute of Technology, she has been professionally associated throughout her post Ph.D. scientific career with the University of California Irvine, where she started as a part-time lecturer in 1991 and is now a Distinguished Professor of Mathematics. She is a member of the International Association of Mathematical Physics (IAMP), where she has served as the vice president in 2012-14. She is a recipient of Sloan and Simons Foundation Fellowships and is a member of the American Academy of Arts and Sciences. She has won the American Mathematical Society Satter Prize in 2005. Jitomirskaya’s main accomplishments are in the area of quasiperiodic operators, where she is best known for developing the first nonperturbative methods of study of small denominators, that have influenced the future development of this field. She has also been involved, by herself and with collaborators, in the solution of several long-standing problems related to the almost Mathieu operators, also known as Harper’s, Aubry-Andre, or Azbel-Hofstadter model.