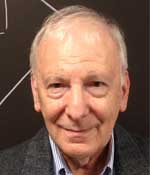 
"For fundamental contributions to classical and semiclassical gravity studies, in particular, the discovery of the general formula for black hole entropy, and for developing a rigorous formulation of quantum field theory in curved spacetime."


Robert M. Wald, Ph.D., is the Charles H. Swift Distinguished Service Professor in physics department and at the Enrico Fermi Institute at the University of Chicago (Ill.). He received his B.A. in physics from Columbia University (New York, N.Y.) in 1968 and his Ph.D. in physics from Princeton University (N.J.) in 1972, under the supervision of John A. Wheeler, Ph.D. After a two-year postdoctoral fellowship at the University of Maryland, College Park, he was a postdoctoral fellow to the University of Chicago in 1974 and joined the faculty in 1976. Dr. Wald’s main research interests have centered on the theory of black holes, particularly their thermodynamic properties, and the role of quantum effects in making black hole thermodynamics consistent. Dr. Wald has also made significant contributions to putting the formulation of quantum field theory in curved spacetime on a rigorous mathematical footing, and to the development of the theory of gravitational self-force effects on bodies. He is the author of the textbook/monograph "General Relativity” (University of Chicago Press). Dr. Wald is a fellow of the American Physical Society and of the American Academy of Arts and Sciences and is a member of the National Academy of Sciences.