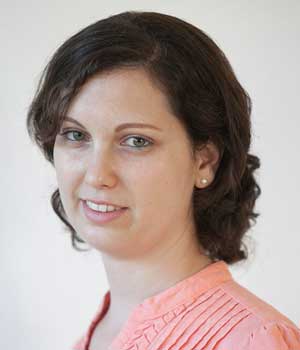 
"for her work, “Electromagnetic waves in linear and nonlinear curved space systems.""

Following her military service Rivka Bekenstein received her Physics degree Cum Laude from the Hebrew University of Jerusalem in 2010. She then joined Prof. Mordechai (Moti) Segev group at the Technion for her PhD, where she had created the first simulation of the Newton-Schrodinger system. A model that unifies quantum mechanics with Newtonian gravity, describing the gravitational self-interaction of a quantum wavepacket, and is mostly important due to the lack of a unified theory of quantum gravity. Rivka demonstrated the first experimental analogue of the Newton-Schrodinger model. She came up with an optical analogue by exploiting a nonlinear thermo-optic effect with an infinite interaction range, to induce a long-range nonlocal nonlinearity acting on the light. She was able to observe various gravitation effects in this nonlocal nonlinear regime of gravity. Rivka also demonstrated control over light propagating in curved space settings, suggesting a new platoform of nanophotonic structures facilitating intricate designs in three dimensions inspired by general relativity concepts. In this setting, the evolution of light is controlled solely through the space curvature of the medium.

Rivka have received former recognition for her Phd thesis - she is the recipient of the Israel Physical Society award (2017).
For her postdoc Rivka decided to change her research area to quantum information science where her main goal is achieving better understanding on the relation between gravity and quantum mechanics. As an ITAMP fellow at Harvard university she is working with Prof. Mikhail (Misha) Lukin, on quantum optical settings in relation to gravity models.