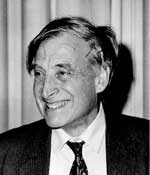 
"For tireless efforts in defense of human rights and freedom of expression and education anywhere in the world, and for inspiring students, colleagues and others to do the same."


Richard Wilson was born in Putney, London, UK on April 29th 1926 (in the middle of a general strike). He went to St Paul’s School, not in the London building but when evacuated to Easthampstead Park in Berkshire, from 1939 to 1943. From 1943 to 155 he was at Christ Church, Oxford. He was awarded the BA in 1946, MA, DPhil in 1949 and then became research lecturer. Since 1955 he has been at Harvard University and is now Mallinckrodt professor of Physics (emeritus). His initial work was on nucleon-nucleon scattering, and then electron and muon scattering. He has received several awards including a medal as "Chernobyl Liquidator" in the USSR in 1987n the Ettore Majorana (Erice) Prize for Science for Peace in 2006 and a Presidential Citation from the American Nuclear Society in 2008. He has written over 900 papers and publications.