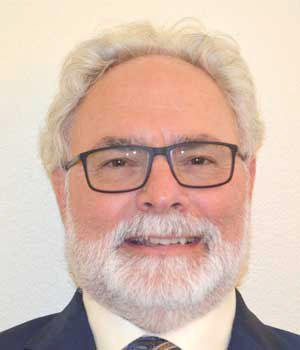 
Dr. Richard A. Moyer is a research scientist in the Center for Energy Research and a senior lecturer of mechanical and aerospace engineering at the University of California, San Diego. His research focuses on understanding and controlling transients in tokamak plasmas that can limit the performance or damage the device, with a goal of developing actuators to suppress or mitigate the consequences of these events. In 2003, Dr. Moyer and Dr. Todd Evans of General Atomics, invented a technique to suppress edge localized modes (ELMs) using small magnetic field perturbations (RMPs), research which led in 2005 to the first magnetic confinement fusion paper published by Nature in over 30 years. Today, RMP ELM suppression is a major area of tokamak fusion research worldwide. Dr. Moyer also studies disruption mitigation and runaway electron dissipation techniques in tokamaks, and is active in STEM outreach. He was an early participant in the American Physical Society (APS) Division of Plasma Physics Plasma Expos and in the APS Lead Scientist/Teacher Alliance 2000, and has been a regular presenter in Expanding Your Horizons San Diego workshops. Dr. Moyer received a B.S. with honors in physics from the Honors Tutorial College of Ohio University (1979), and an M.S. in nuclear engineering (1981), and Ph.D. in plasma physics (1988) from the University of Wisconsin–Madison. He is a member of the Sigma Pi Sigma and Pi Mu Epsilon national physics and mathematics honorary societies, and was elected an APS fellow in 2017.